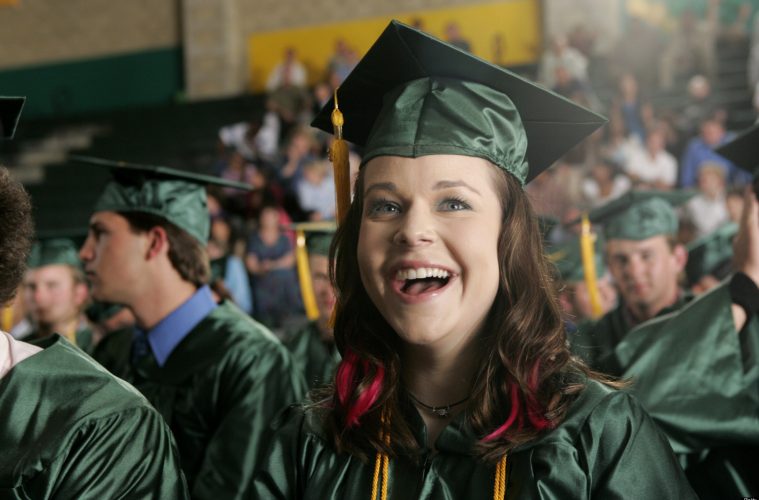 Sidekicking Ass: Finding My Hero in the Plucky Best Friend

The late 90s-early 2000s were, in many ways, a golden age of television for young women. After an oversaturated market of male power fantasies in the form of superhero media, He-Man, and more, the television world was inundated with some of the most spectacular and inspiring power fantasies for young women. Girls sitting down to watch TV found themselves solving crime alongside Dana Scully, slaying vampires with Buffy Summers, and more, all on primetime network TV. Some of us wanted our heroes to fight more than just vampires and aliens, but also to tackle real-world monsters like classism, corruption, and the damn patriarchy.

Veronica Mars came along to fill this need in 2004 with her souped-up camera, Mr. Sparky the Taser gun, and her snappy quips, saving the day and adding herself to the pantheon of Strong Female Characters beloved by young women everywhere. With many of these iconic heroines comes a sidekick of some sort; a secondary character who has her own strengths and admirable qualities, but who lacks the overt charisma and star power of her leading counterpart. Xena has Gabrielle, Buffy has Willow, and Veronica Mars has the irreplaceable Cindy Mackenzie, AKA Mac.

Veronica Mars is a teen hero like no other. She’s the unexpected, refreshing offspring of Buffy Summers and Nancy Drew, a high school girl detective with an edge as sharp as her wit. She is everything a young me wanted to be, and much more. She is a teenage crime-solving female power fantasy, and, even though I loved watching Veronica solve murders and battle her own demons, there was something distant about the character. Veronica is written as a social outcast, yes, but she is a Hollywood sort of weirdo if I’ve ever seen one – an outcast that still manages to feel completely out of reach to the girls who look up to her. It felt uncomfortable looking up to someone that I could never envision myself becoming. While I could find in Veronica all of the qualities I admired, I could not find myself.

I was a young girl with severe anxiety, a fascination with the macabre, and more friends behind the computer screen than in real life. Veronica, like Buffy before her, was simply too polished, too pretty and comfortable in her own skin to feel anything but foreign to me. When Mac finally made her first appearance on the show, however, I felt a sense of familiarity. I recognized myself in her, and eventually, saw the kind of hero I could genuinely imagine becoming. Mac is something of a self-imposed social outcast, surrounded by people who do not understand or appreciate her. In spite of this, Mac seeks out her own opportunities outside of what her community is willing to offer her, forges alliances with those who see her value, and uses her unconventional qualities as assets to herself and her friends.

Veronica Mars as a television show gives Mac (and by extension, the girls who see themselves in her) a gift that is rarely afforded to “weird” girls and “best friend” types: a chance to be the hero. Mac’s strength and ability come from exactly the qualities and interests her community and her family refuse to understand. She doesn’t need a razor-sharp tongue, extreme emotional fortitude, or physical strength to conquer her demons. All she needs are her problem-solving skills and her passion for technology.

Mac’s appearance and romantic life also receive a treatment that was nearly unheard of for her archetype, once upon a time. Never, in the entirety of the series, does Mac receive any sort of makeover. Gone is the Breakfast Club-style montage where the weird girl has all of her defining characteristics scrubbed away to reveal a shiny new beauty underneath. Mac grows into herself without any dramatic physical transformation, and her romantic partners throughout the series find her attractive because of who she is, rather than in spite of it.

Characters like Mac provide an extremely important lesson to the girls who grow up watching them: beauty doesn’t look just one way, strength is more than fists and brazen confidence, and there is more than one type of hero. The hero doesn’t have to always be the one in the thick of the battle; the hero can also be the person supporting their friend while they fight for the greater good, or the hero can even be you trying to save yourself. Quite often, young girls feel like we are not the heroes of our own story. We don’t feel classically strong, traditionally beautiful, or quick-witted enough to identify with the heroes we admire. We watch our seemingly more capable friends tackle problems with ease while we struggle to feel comfortable in our own skin. Characters like Mac show us that, even when we feel like we are not the protagonists in our own lives, we are, and we still matter. We are still strong. We can still save the day.