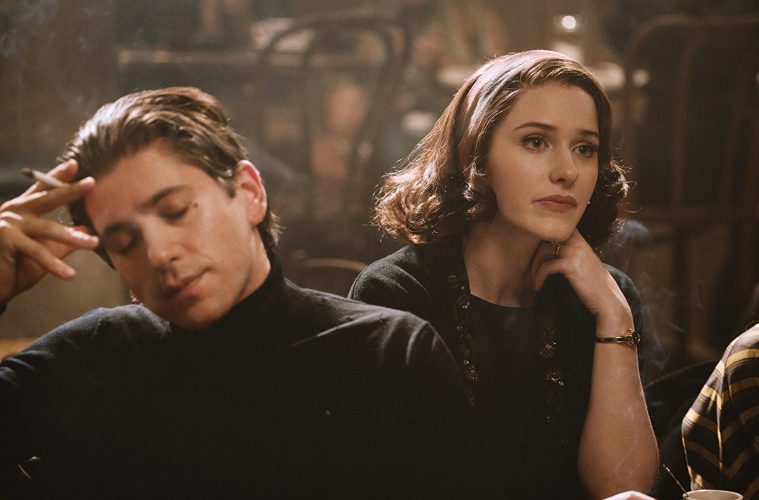 Television history has no shortage of iconic couples. From Ross and Rachel to Jim and Pam, the almighty “ship” has kept many a show afloat and many a viewer committed, season after season, in the hopes that their favorite fictional couple might go the distance. Often, these beloved pairs provide their networks with wedding specials, gripping finales, and tearful reunions – but what about those character couples that don’t work out? The truly, permanently-sunk ship is a rare breed, but as with a real-life breakup, it can lead to incredible change for a character, a plot line, and even a show itself. Here are five times a breakup incited lasting change, for better or worse.

High school sweethearts turned animus exes, then possible siblings, then sweethearts again, then star-crossed lovers with a baby (not hers) involved… Duncan Kane (Teddy Dunn) and Veronica Mars (Kristen Bell) kind of went through the wringer until Duncan’s departure partway through the show’s second season. By the time Piz was introduced in season three, Veronica Mars shippers seem to have moved on entirely. Duncan’s spurning of Veronica was one in a chain of events that led to her embracing that iconic gumshoe persona. When they discovered that his ex, Meg Manning, was both dying and carrying his child (drama), Veronica supported him unconditionally, and her final act of love was to help him start a new life in Australia with his newborn daughter. While Duncan was arguably kind of a bummer person, and the timing was never right, the impact of their rocky relationship cannot be understated in Veronica’s journey of personal change. As a particular fortune cookie once said, “True love stories never have endings.”

Barney and Robin, How I Met Your Mother

A polarizing pair for many HIMYM fans, Barney (Neil Patrick Harris) and Robin (Cobie Smulders) started as a playboy and his best friend’s girlfriend, before morphing into a seemingly logical and compatible couple of their own. When they first started dating, their wit, mutual love of scotch, and no-nonsense approach to love solidified into a real relationship… and then it all fell apart. It wasn’t that Barney and Robin didn’t love each other, they did – both parties admitted that their affections for one another were unlike anything they felt for previous or future partners – but their pairing was absolutely toxic. Barney and Robin eventually drove each other crazy, and audiences watched the relationship take a toll on their personal well-beings, ultimately culminating in an amicable split. Later in the series, they admit they’re still not over one another and decide to marry, because time has allowed them to witness the best version of the other person. However, they haven’t magically become compatible people. The fact that they bring out the worst in one another leads to a rough divorce and the controversial finale in which Robin goes back to Ted, the longtime best friend who doesn’t necessarily understand her, but who she believes she can love without mutually assured destruction. 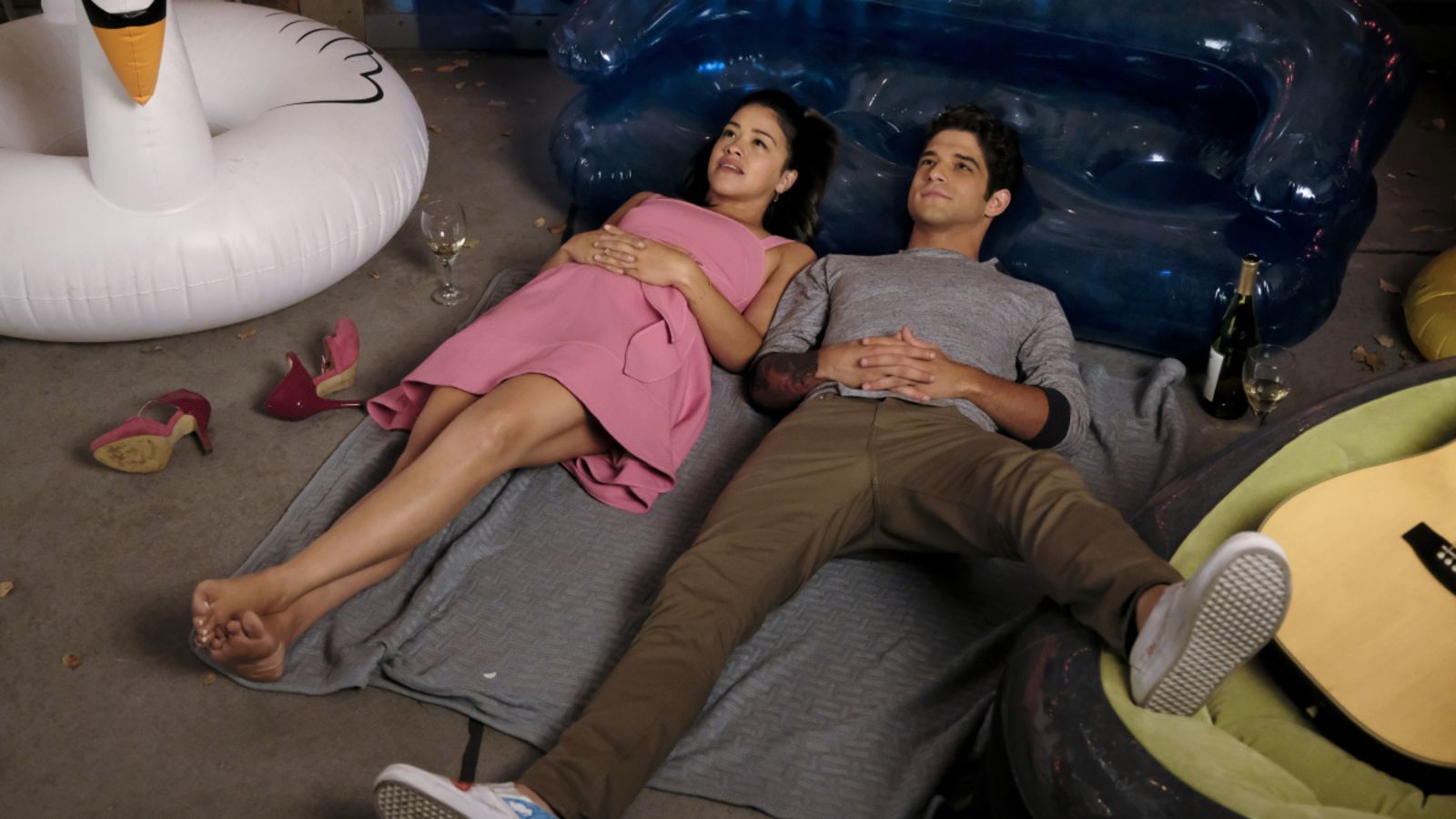 Jane and Adam, ‘Jane the Virgin’ | Photo: The AV Club

Jane and Adam, Jane The Virgin

Like my first example, the show didn’t make enough of this ship to warrant “Team Adam” t-shirts, or pit it against another ship in any kind of face-off. Instead, Adam (Tyler Posey) appeared as something of a rebound at a time when Jane (Gina Rodriguez) wasn’t able to be with either of her usual main squeezes, and found herself seemingly propelled by fate to reunite with an old sweetheart. Adam, Jane’s ex-fiancé-turned-boyfriend, was a bisexual bachelor artist who ended up leaving her for his dream job in Los Angeles and reminding her that there is, in fact, life after love. Adam’s carefree lifestyle reminded Jane of who she was outside of motherhood, that she could still have fun and be wild, while also sharpening her awareness of how her behavior impacted her son. His romantic history, which included both boyfriends and girlfriends, helped Jane overcome preconceived notions about sexual stereotypes, and opened her up to a less romance-novel brand of love and affection. Ultimately, he broke her heart on multiple occasions, but his artwork graced the cover of her first novel, and he reminded Jane that she could still feel love and pain beyond the overwhelming grief that accompanied the loss of her husband.

Miriam “Midge” Maisel (Rachel Brosnahan) was a bright and witty wife to an Upper East Side ad man in the late 1950s before her husband, Joel (Michael Zegen), announced that he was leaving her high and dry in favor of his younger secretary, Penny Pan. After years of caring only to maintain the appearance of perfection and domestic bliss, Midge got drunk on Manischewitz and stormed the comedy club where her husband had been known to perform stolen material. What followed was a brilliant, improvised comedy set about life, marriage, sex, and that bitch secretary who stole her man. Her husband’s feelings of inadequacy, insecurity, and overwhelm may have motivated their separation, but the effects on Midge’s life and well-being seem to have been exactly the opposite. The first season saw Midge blossom as an individual, encountering issues like women’s rights, motherhood, and politics as if for the first time. Joel loved Midge, but she was always pushing him to be more, to be better, than he really thought he could be, caring for him in a way that demonstrated a real ability to care for herself. When he met the young and impressionable Penny, Joel found someone who might actually need him, who could boost his ego without remorse or hesitation. Ultimately, his choice to feed his insecurity and settle for what was easy led Midge to focus all that energy on bettering herself instead.

Ah, pre-zombie apocalypse love. So young, so innocent. Liv Moore (Rose McIver) and Major Lilywhite (Robert Buckley) were the perfect college sweethearts… until a boat party gone awry turned Liv into a literal brain-craving zombie. Naturally, this complicated both her career as a doctor and her relationship with non-zombie, Major, particularly as she attempted to keep her health status a complete and total secret. At the end of the first season, Liv scratched a fatally injured Major in an attempt to save his life, and he went on to receive several experimental versions of zombie cure, but the timing was never quite right. It seemed that every time Liv and Major came close to a real reunion, one of them had a deal-breaking secret, and their inability to return to a place of honest intimacy plunged them back into darkness. A confrontation in the fourth season led Liv to what appears to be a final decision: their ideals are too incompatible for them to be together again. In the zombie-quarantined city of New Seattle, Major found his place in the ranks of zombie military contractor Fillmore-Graves. Liv, on the other hand, took her place at the head of a human smuggling ring that gives terminally ill humans a life-saving zombie scratch, making her Fillmore-Graves’s number one target for assassination. Had she chosen Major, it is unlikely that Liv would have been able to take this bold stand for her beliefs, one that put her on display in front of the entire zombie community.