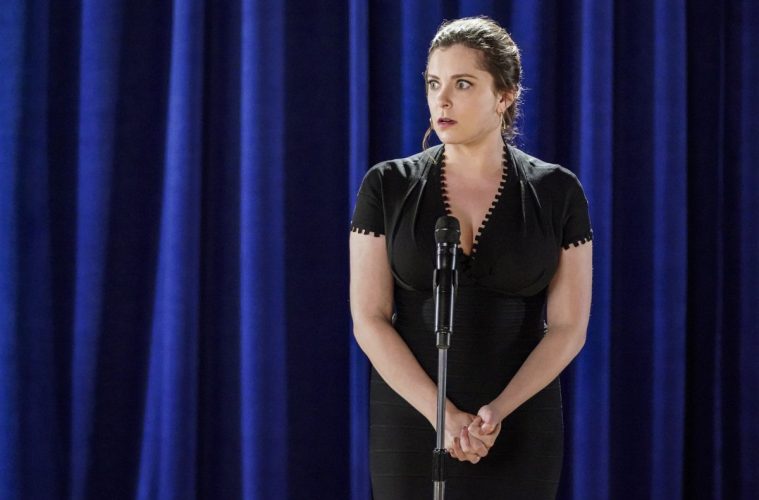 Over the past four years, I’ve watched and re-watched Crazy Ex-Girlfriend (CXG) more times than I count. Yet trying to find a quippy, concise way to introduce the main character, Rebecca Bunch, always eludes me. “She’s too hard to summarise!” the fourth season’s theme tune says after singing a list of her contradictory traits, because the fact that she is a complex, three-dimensional person is the entire point of the show. But what I can do easily is sum up what she means to me, and why she’s a character who brings me hope.

Rebecca’s journey has often not been an easy one to watch. The first and second seasons play out Rebecca’s obsession with the summer fling she had with Josh Chan at summer camp when she was sixteen. Now in her twenties and suffering with misdiagnosed mental health problems, she packs up and moves across the country to be with him. It uses a variety of classic rom-com tropes, but framed through Rebecca’s mental health, the audience can see them for what they really are: a myriad of unhealthy, sometimes even illegal behaviours. The second season ends with Josh abandoning her at the altar; all her worst fears come to light.

The third and fourth seasons focus further on her mental health. In “I Never Want to See Josh Again,” she attempts suicide and soon after is diagnosed with Borderline Personality Disorder (BPD). She begins going to therapy, learning how to recognise and change her unhealthy behaviours so that she can form better ones. This is a journey that has continued through the fourth season, as Rebecca has explored what truly makes her happy and how to navigate relationships in a healthier way.

In the last few years, we have been seeing an increase in the representation of mental health on-screen, and over four seasons, CXG has continuously been at the forefront. The show not only gives time to mental health problems like depression, anxiety, and BPD, but makes sure it is well-researched and responsible; characters with mental health problems aren’t painted as villains or antagonists, and things like depression aren’t dangerously romanticized. CXG has managed to successfully navigate a line where Rebecca’s mental health is always taken into consideration, and she’s never treated as someone who doesn’t deserve love and kindness—but that doesn’t mean she hasn’t had to learn to take responsibility for the things she does, especially when she hurts the people around her.

This kind of writing makes it feel true to life, and the way Rebecca’s journey in recovery has never been linear makes it even more so. Learning to cope with and manage a mental health problem is a messy, complicated thing that doesn’t just get fixed with a few therapy sessions. You have to delve into things that make you uncomfortable and learn to understand yourself before you can start building up healthier behaviours. You have to learn to be self-aware and you have to actually put the work in—but even if you do, there are days when it’s hard and you get it wrong, and you are constantly learning and growing. The fact that we get to see this in CXG is so important, because it makes it normal. And for anyone struggling with their mental health, feeling normal is a special thing.

This is best demonstrated by an episode in the fourth season (“I Need a Break”), when, after experiencing what Rebecca deems to be rejection from her boyfriend, Greg, she seeks validation from two of her exes instead, trying to have sex with them. It’s hard to watch. It’s obvious that she’s spiralling, that she’s struggling to cope with the emotions she is feeling and the past traumas she’s reliving. But the beautiful thing about the episode is that she does realise how unhealthy her behaviour is. Subsequently, she admits that she hasn’t been going to group therapy and accepts that she needs to be putting more work into her recovery. The moment shows us how far she’s come because being able to catch yourself in the really hard moments takes a lot of work.

What’s also important is that Rebecca never has to go through anything alone. A big part of her journey—and one of the things she is constantly learning and being reminded of—is that she is surrounded by people who love and support her. There are multiple occasions where Rebecca tries to take her fear of abandonment into her own hands—either by leaving friends behind, like when she gets on a plane back to New York; or tries to push them away, like when she says truly awful things to them. However, her friends always respond to this with love and care, and the knowledge that this is much more about Rebecca’s mental health than how Rebecca feels about them. That being said, it has also been a main point of the show that Rebecca doesn’t simply get away with this behaviour because of her BPD; rather, she’s had to learn a great deal about responsibility, apologies, and asking for help before she hits rock bottom.

And all of this is why Rebecca’s story is so hopeful. There’s the hope that representation and public discourse of mental health problems is getting better, that there are people writing these stories who care and are taking the time to make sure that they’re well-researched. And there’s what Rebecca specifically represents: the hope that you can learn to manage your mental health condition surrounded by loving people, and the hope that help will be there if we ask for it.

In the final episode, the show comes full circle, bringing home themes explored through the seasons. Rebecca talks about romantic love only being only one type of love, and how it’s a part of your life rather than an end goal. She realises that music and songwriting make her truly happy, but most importantly, this realisation comes a year after where we left her in the previous episode. The use of this time jump is vital to the point the writers have made about recovery being an ongoing journey, while being able to leave Rebecca in a better place than they found her.

I could write a lot more about the show and about Rebecca, but now that it has come to an end, I think it’s important to thank everyone who worked on CXG, especially Rachel Bloom and Aline Brosh McKenna. Thank you for creating the show and for always having Rebecca’s best interests at heart. It will be remembered as a show that highlights the importance of the representation of people with mental health problems, and how to get it right. You’ve made a lot of people feel less alone, and I don’t think stories can give a greater gift than that.