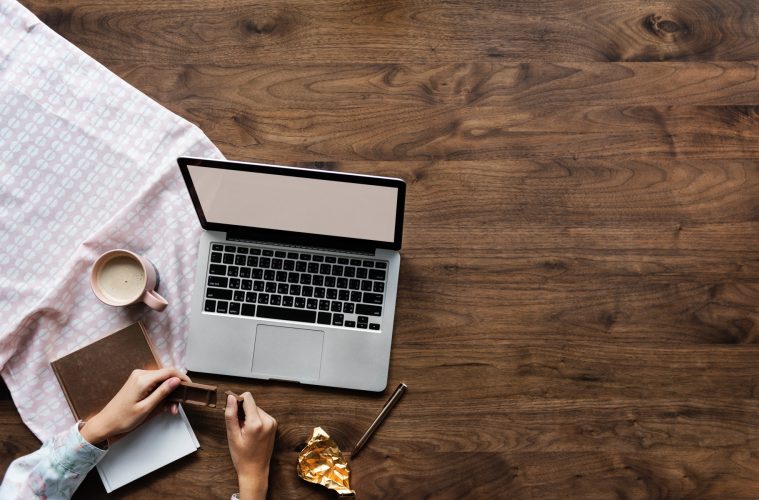 To Make It as a Writer, I Needed to Start Calling Myself One

A blank page. The pulse of the cursor as I wait for the words to form. Me, staring back at the bright white document, gleeful and filled with anticipation. My fingers begin to tap on the keys; they take on a life of their own as the story unfolds.

It’s not always this easy, hell – a lot of the time I dedicate to writing is actually spent staring at this bright white document in anguish. Anticipation is replaced with dread; my stomach is often in knots. Thoughts of failure and self-doubt fill my head. I’m a terrible writer, I think to myself. But here’s the thing: I call myself a writer now. It’s taken years to get to this point. I danced around calling myself one – to make a career out of writing always seemed like a pipe dream. When people would ask me what I did, I’d proudly tell them I was a director, a producer, and (whispering) a writer.

When I lost my job a year ago, my confidence was shot. Work was hard to come by and I spent a lot of time in my apartment beating myself up about the job I had lost, while also being grateful for my time off. During my time off, I wrote. It was a way to escape the mundane drudgery of applying to and looking for work, but it also allowed me to express myself creatively without spending a lot of money. All I needed was a computer or a pen/pencil and a piece of paper. I could write from anywhere – the local coffee shop, my living room with the west-facing windows that I love so much, the cottage. I was halfway through a script for a feature film when I found myself with a lot more time on my hands, and I made it a goal to finish it by the end of the summer. Then, when people asked me what I did for a living, I began telling them that I was a producer by day and writer by night, but I emphasized writing since that’s what I was doing. The title of writer, of author, of screenwriter started to sink into my skin, and I didn’t feel like I was playing dress-up anymore: I was walking my talk.

Last year, I also made a promise to myself to send my work out, despite the rejection that I might face. Inspired by author Kim Liao, who aimed for 100 rejections in a year, I decided I would do the same, or at the very least reframe how I saw artistic rejection. Kim writes, “My ego resists mustering up the courage to submit writing to literary magazines, pitch articles, and apply for grants, residencies, and fellowships. Yet these painful processes are necessary evils if we are ever to climb out of our safe but hermetic cocoons of isolation and share our writing with the world. Perhaps aiming for rejection, a far more attainable goal, would take some of the sting out of this ego-bruising exercise – which so often feels like an exercise in futility.” The more work I sent out, the more likely it was that someone somewhere would write back saying, ‘Yes.’ I was determined to throw what I had against the wall – any wall – and see if it stuck. And things started sticking, slowly but surely, though it still feels like I’m rejected from a publication or a film festival every other day.

I also promised myself that I would honour my own work. If I had an idea, I developed it. If something inspired me or sparked something in me, I made time for it. (After all, I had the time.) I tried not to beat myself up when I only wrote a sentence or two; I celebrated when I wrote a whole scene. I began to get excited about the story itself; I tried to listen to it as best as I could – who were these characters, and what did they want to say?

There’s something I find magical in starting a new story – you’re literally beginning a new experience. What topics do you want to explore? What places do you want to travel to? What keeps you awake at night because you’re so excited by it that you can’t stop thinking about it? Through my stories, I’ve explored the United States by car without ever leaving my desk (aka my couch because, if I’m being honest, I never write at my desk). I’ve researched addiction, diseases, and cults, among other things. I’ve taken pieces and stories from my own life and cloaked them in a veil of fiction. I’ve worked through heartbreak and depression. I’ve reinvented myself through my characters and vice versa. Writing was always part of me, but it wasn’t until I owned the title of writer that things started flowing.

As a child, I wrote and performed plays – I was always playing make-believe. Writing was always in my blood; my mom is also a writer and I grew up surrounded by books and stories. When I look back at my creative history, writing was always the through-line. So why did it take me so long to own my own voice and my own desires?

Perhaps it took putting the real work in and being open to the struggle for me to own the title of writer, creatively and passionately. When I let go of the fear of rejection, when I decided to face it head-on, I began to discover myself in that role. I realized I had things to say and a unique way of saying them.

Hi, my name is Julia, and I am a writer.