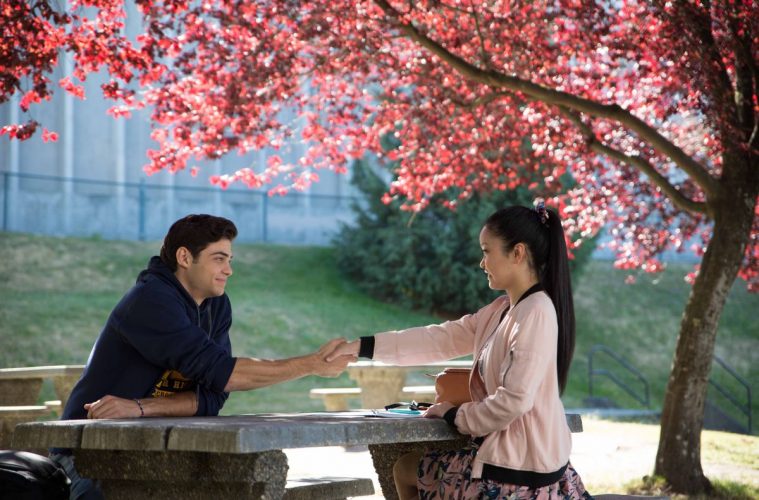 Summer Lovin’: How the Rom-Com Staged Its Comeback

When the Academy of Motion Picture Arts and Sciences announced its new “Achievement in Popular Film” award category in August, the gesture was met with equal parts ire and disappointment from all manner of film lovers. (Amidst much backlash, the Academy has since walked back its announcement, saying it won’t roll out the category at least until after 2019). We all knew of the Oscars’ declining ratings and the Academy’s concerted efforts to draw a younger, more diverse audience. But this was clearly not the solution. Many saw it as a patronizing move, a consolation prize to placate films with box-office pull while the real, grown-up awards remained reserved for the conventional dramatic fare that bombards theaters from late fall to early winter. More importantly, the designation of “Popular Film” implied that popular and artistic were mutually exclusive categories (*cries in Christopher Nolan*), which is not only objectively false, but also dangerously misleading.

Enter the lowly rom-com, which saw an exciting resurgence this past summer, observed by virtually every media outlet, from BuzzFeed to NPR. To say that romantic comedies haven’t traditionally been regarded with high prestige would be a gross understatement. As we’ve also seen in music, where the designation of “boy band” is tossed around with no small dosage of condescension, or in books, where the words “chick lit” trip off the tongue harshly like our disdain for that genre’s target audience, any form of entertainment with a perceived feminine bent is still institutionally degraded, deemed frivolous and unimportant. But lest we forget, the Beatles and Rolling Stones were first propelled to fame by their young female fans. We’ve been conditioned to see older, white men as the true arbiters of good taste, while being forever skeptical of teenage girls and their ability to discern art from trash. Romantic comedies present the perfect argument against this line of thinking – they have proven themselves to be an effortless vehicle through which to integrate the social progress that Hollywood needs.

It’s tempting to point to movements like #MeToo and #TimesUp as the impetus of this revival. Women have gotten fed up with their voices being stifled in favor of their male counterparts who claim to know and be better, regardless of the setting or occasion. We may also look to the increasingly cynical news cycle, where fatigue from scandal and disaster has made us hungry for some good old-fashioned escapism. But in the end, it doesn’t really matter the explanation. As with all trends, speculation on the issue inevitably turns into a self-fulfilling prophecy. The point is, romantic comedies are back with a vengeance, and they are bigger and better than ever before.

Call it the summer of the elevated rom-com.

Mamma Mia! Here We Go Again kicked things off with a bang, delivering revamped ABBA hits and the year’s most ambitious choreographed sequences. While not a rom-com in the strictest sense, it reminded us that intelligence and cynicism are not one and the same, as those who write about film for a living are wont to believe. Then came Crazy Rich Asians, a classic tale of clashing family values boasting sumptuous visuals and a mélange of Pan-Asian dialects. Narratively, it checked all the rom-com boxes, but was also infused with a spirit of immigrant determinism that is decidedly in and of the present day. Netflix in particular seems to be staking its claim in rom-com land, with the winningly self-aware Set It Up, the endearing YA adaptation To All the Boys I’ve Loved Before, and most recently, the well-meaning, if flawed, Sierra Burgess Is a Loser. Streaming may prove to be a lucrative platform for the genre; the ritual of binge-watching a show in the comfort of one’s home feels reliably akin to rewinding a beloved scene again and again for maximum gooeyness. Theatrical releases, to be certain, are thriving too – take the quietly charming Juliet, Naked, with its underrated lead in Rose Byrne. Whereas rom-coms were once considered a stepping stone for up-and-coming actors, to be undertaken before graduating to more “serious” projects, that’s no longer the prevailing line of thinking. Just ask Hollywood’s resident polymath Ethan Hawke, who stars opposite Byrne in Juliet.

During an appearance on The Tonight Show with Jimmy Fallon, Jennifer Lopez dished on her upcoming film Second Act, about a woman who receives an unexpected career boost via a heavily embellished résumé. It will mark J.Lo’s return to the rom-com arena since 2012’s What to Expect When You’re Expecting, and looks to be a frothy but timely commentary on ageism and workplace expectations for women. “I think people need them, we miss them,” she mused on the genre, as Fallon noted that rom-coms were becoming increasingly rare. “You need that funny, quirky look at life sometimes, that romantic look at life.” Second Act also presents an opportunity to flip the script on female objectification; in her interview, J.Lo repeatedly referred to her co-star, Milo Ventimiglia, as a “heartthrob,” and it’s clear that he, not she, will fulfill the role of eye candy traditionally reserved for the model-masquerading-as-actress. While it isn’t exactly radical in ideology, the mere act of capitalizing on the female gaze serves as a facsimile of a truly progressive ecology, in which the desires of men and women are weighed equally and without reservation.

It’s not just that rom-coms are a great vehicle for tackling topical issues like racial diversity, although they are that and then some. Their enduring appeal may lie in their straightforward quality: they waste little to no time on exposition, cutting straight to the chase – sometimes at the expense of character development. But that doesn’t really concern us; in fact, these characters are not so much people who get things done as they are people to whom things happen, making it easier for us to suspend our disbelief and project onto them our most elaborate fantasies, if only for the span of 120 minutes. Rom-coms dutifully marry (pun intended!) improbable coincidences with reliable narrative tropes that tug on our heartstrings with their familiarity. Meet cutes. Makeover montages. Main characters spilling wine/juice/pasta/cake on their love interests. Hairdos and hemlines may grow, then shrink, from decade to decade, but it’s not hard to trace a thread from It Happened One Night to Sleepless in Seattle to Bridget Jones’s Diary. Few other genres can boast that their essence has remained so intact over time.

A renaissance, however, also begs a re-examination of the old. In April, Molly Ringwald published an essay exploring the discomforting gender dynamics of The Breakfast Club, perhaps the best known of the John Hughes films that put her on the pop culture map. “If attitudes toward female subjugation are systemic, and I believe that they are,” Ringwald writes, “it stands to reason that the art we consume and sanction plays some part in reinforcing those same attitudes.” She recounts trying to justify to her young daughter that a scene in which John Bender peers up the skirt of her own character, Claire, was staged – but the damage had been done, and only in hindsight did she realize how a project that had once been such a point of pride could have helped uphold a toxic sexual landscape. In a different kind of reckoning, Joseph Gordon-Levitt responded to a fan tweet berating the titular character of 500 Days of Summer, arguing instead that it was his own character, Tom, who was “projecting,” “not listening,” and “selfish.” Interactions like these follow in the trend of deconstructing the myth of the Manic Pixie Dream Girl, a term that is thrown around so freely nowadays it has become almost as hollow as the trope it was coined to criticize. Today, we take for granted that a female character has to do more than parade around in her lover’s button-up shirt and push a pair of fake glasses up her nose to be considered in possession of a personality; or that relentlessly coercing a woman into sex is the farthest thing from appealing. But it wasn’t always the case, and the fact that it is now almost clichéd to point out the cliché signals how far we’ve come.

There are those who will wring their hands at the rewriting of gender norms and bemoan that romance as we know it is dead (cue Henry Cavill’s tone-deaf defense of chivalry). But truth be told, some things are better left as figments of the imagination – a maxim that rom-coms embrace wholeheartedly. Their success lies in their ability to recognize just the right amount of inane circumstance to inject into a story. This allows them to be self-referential and adapt with the times, without sacrificing an ounce of the magic that is baked into their formula. To All the Boys‘ Peter Kavinsky is a classic high school dreamboat – popular, athletic, and, handsome – but he possesses none of the chauvinist qualities that have made so many love interests of yore, to put it simply, such assholes. He doesn’t talk down to the female lead, he respects her boundaries, and there’s no trace of the backhanded “You’re not like the other girls” speech we’ve heard a million times over. Yet the film doesn’t suffer for it one bit, managing still to deftly present a compelling conflict from two characters who are able to come together without sacrificing their own identities.

Real life doesn’t happen in three-act structure. People’s lives bleed into one another, and the crazy ex in one narrative just might turn around and find themselves the pined-after love interest in another. But it’s fun to make believe, and in the process, we might even discover something about ourselves. In her book Reel to Real: Race, Sex, and Class at the Movies, bell hooks writes, “most of us go to movies to enter a world that is different from the one we know and are most comfortable with.” Movies, especially romantic comedies, make us laugh, weep, hope, despair, and find release. We don’t love them because they remind us of our own lives – quite the opposite, in fact. Their transformative qualities often take us by surprise, and we can’t always explain why we’re left dabbing away at our tear ducts as the credits roll, but their slight subterfuge serves a greater purpose: they force us to work around the status quo, and they inspire us to challenge the notion of which stories deserve to be told.