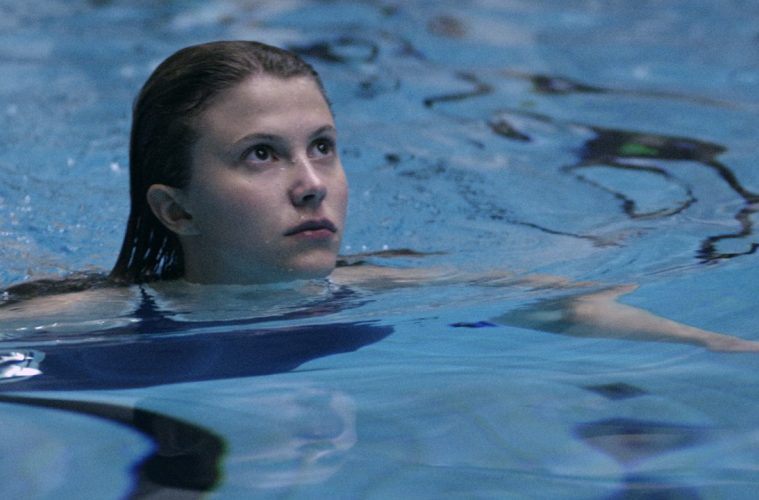 Infinite Tenderness: How My Favorite Lesbian Films Deepened My Love for Cinema

Realizing that I’m gay was the best thing to ever happen to me, but considering the journey it took to get there, I never thought it could be. Confronting my true sexuality was a gradual, distressing whirlwind that I was immensely afraid of facing. I constantly wanted answers to arrive right away, and not knowing when they would arrive only expanded my fear. Just the thought that who I am isn’t always accepted in this heteronormative world ─ and is often at the center of intolerant ridicule ─ made me feel ashamed, forcing me to continue living a lie. But over time, after lots of reflecting, the more I kept thinking about my lesbianism, the more natural and normal it became in my mind. As a result of my newfound self-acceptance, I encountered an urge to find anything that gave my identity validation and visibility, naturally turning to the most comforting remedy: cinema.

I began with Blue Is the Warmest Color (2013), which features a coming out experience nearly identical to my own. Early on in the film, Adèle experiences a unique sadness after attempting to date a guy, triggered by something much weightier than incompatibility. “I feel like I’m faking. Faking everything,” she expresses while wiping tears from her face. But once she realizes and accepts her attraction to another woman ─ as well as the elation that this acceptance can bring ─ her pain begins to melt away. Blue not only gave me moments I could relate to, but it also allowed me to confront my fear of heartbreak. Emma and Adèle go through the motions of their breakup with a raw intensity, complete with a true-to-life aftermath where emptiness and vulnerability take control. They taught me the meaning of moving on, and that there’s beauty in learning to cope with life’s unavoidable woes.

While basking in all the ways Blue moved me, it was impossible not to crave more. Quickly navigating what lesbian cinema had to offer, the amount of rich narratives awaiting me generated a rush of reassurance and excitement. I wanted to dive into cinematic experiences that both explored and celebrated my identity and its innate courage. The films that represent me, most of which I would eventually regard as all-time favorites, became a beacon of hope, assisting me through my journey of life as a lesbian, and as an individual overall.

In Bound (1996), Gina Gershon’s Corky arrives clad in a leather jacket. Under it, she’s wearing a white tank top that reveals a labrys tattooed on her right shoulder. Right there, she’s the living embodiment of lesbian strength, revolutionary for me to witness. After Violet (Jennifer Tilly) immediately flirts with her, Corky is curious and captivated by her boldness, as am I every time I watch the women’s initial encounter. Eventually developing into a relationship, their bond is a union of confidence, genuine devotion, and unapologetic desire – exhibiting utter bravery throughout the quest to rebuild their lives.

In Desert Hearts (1985), the two lead women each remind me of my own transformation. I was like Vivian Bell (Helen Shaver), repressing my desires, attempting to force any gayness as far back in my mind as I could, enough to forget it was ever there. Just a couple of years later, I naturally became more like Cay Rivvers (Patricia Charbonneau), confident and willing to be out and loud about my lesbianism. The love at the center of this trailblazing film reminds me that there’s nothing more fulfilling than living one’s truth.

The Summer of Sangailė (2015) allows me to travel to a place I’ve never been before. I’m greeted by lush Lithuanian landscapes and gorgeous lakes, both as dreamy as the lesbian love they engulf. The titular character’s (played by Julija Steponaityte) name means “with strength,” which is the exact quality she strives to attain. But the romance between her and Auste (Aistė Diržiūtė) is what compels Sangailė to finally grasp it, gaining the courage to accept herself and conquer her biggest fears.

Out of every film, Thelma (2017) has easily had the most monumental effect on me. The Norwegian thriller boasts an ethereal beauty that grows more breathtaking with each watch, juxtaposed with the turmoil that the eponymous character (Eili Harboe) deals with. After mutually falling for a female classmate, Anja (Kaya Wilkins), Thelma tries to deny her true feelings due to her religious background, triggering dangerous telekinetic abilities within her. The events that occur are an extended metaphor of what it’s like to be conflicted about one’s sexual identity, displaying the negativity that results from refusal to the exhilarating glory of accepting it. Thelma’s resilience throughout her journey was therapeutic, inspiring me to grab my own distinct courage. The film impeccably illustrates that there’s no way to live life without completely embracing oneself.

Every time I lose myself in the images of these films, enamored frame after frame, I experience the impact of cinema. Movies contain the ability to inspire and resonate intensely, driving ourselves to ask questions that we never would have otherwise. But most of all, they can mold anyone into something new, something better. In a time of need, film became my guide, taking me on expeditions through nuanced reflections and moving messages. The characters I observe and relate to cured my loneliness, giving me a window into bliss, bravery, love, and liberation that I never felt before. When I think of my assurance about being a lesbian, I owe it all to this wonderful art form – the blueprint for transforming into the best version of myself.