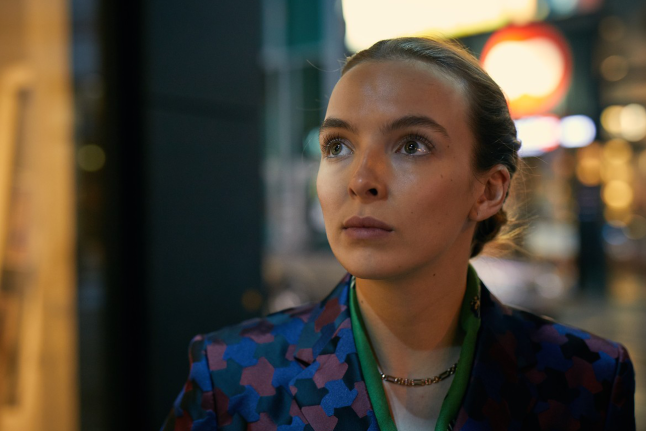 ‘Killing Eve’ and the Rise of the Likeable Antagonist

There are several factors that set BBC America’s Killing Eve apart from other currently running shows. The most notable is arguably the inclusion of the character of Villanelle (Jodie Comer), a merciless yet humorous contract killer who finds pleasure in her job, and takes pride in how she creatively carries out her missions. Unlike other killers on television, Villanelle’s motives aren’t always obvious or planned ahead. She doesn’t go after people solely to seek revenge and punish them for their wrongdoings, like Dexter Morgan, or just kill for personal gain, like Hannibal Lecter. Although she is hired to perform these kills and is indebted to a largely unknown organization, Villanelle ultimately doesn’t answer to anyone. She lashes out, makes sudden, brash decisions, and doesn’t like being told she can’t do something.

The series begins amidst the aftermath of Villanelle killing a high-profile public official, whose murder sparks the interest of MI-5 – the secretive, domestic security service of the United Kingdom. Eve (Sandra Oh), a security officer, notices that the case is similar to that of other recent murders of high-profile individuals. She speaks up during an initial meeting about the case, declaring that she believes the killer was “probably a woman,” since the victim was “a misogynist and sex trafficker.” Being the only female MI-5 employee in the meeting, Eve picks up on context that the others don’t, which impresses the visiting head of an MI-6 department, Carolyn Martens (Fiona Shaw).

We learn very early on that Eve has a deeply-rooted fascination with people who kill, specifically women who kill, and how their minds work. She is quick to admit this, and that blurring of obsession and passion she has is what leads to her being recruited to help track down the highly skilled and untraceable individual carrying out the stylized killings of important figures. The first season goes back and forth between following Villanelle’s activities and Eve’s growing determination to find Villanelle, resulting in a cat-and-mouse dynamic that is both exciting and stressful to watch.

As Eve points out in the beginning of the series, the person pulling off these high-profile murders is undeniably impressive, with a style that is entirely their own (at one point, Villanelle stabs someone with a hairpin in one smooth motion). In her line of “work,” Villanelle’s sociopathic tendencies serve her well, and aid in the number of successful missions she carries out. Most of her kills that we see on-screen are done in a manner that is chillingly composed, even for an assassin. She maintains perfect eye contact with her victims as she kills them, often with a hint of a smile. When one man whom she’s hired to take out asks her why she’s doing it, she simply replies, “I have absolutely no idea.”

More than once, Villanelle mentions to her handler, Konstantin (Kim Bodnia), that she enjoys what she does. Not just the reward of it, but the action itself. “You know I like the breathy ones,” she remarks with humor upon learning of the possibility of going after a victim with asthma. It becomes clear that her missions act as a playground of opportunity – a chance for Villanelle to play pretend, stretch her abilities, and to escape from the limitations and boredom of mundane life.

In a video interview with Gold Derby earlier this year, actress Jodie Comer elaborated on the idea that although Villanelle finds pleasure in what she does, there are hints throughout the series that part of her might desire some sense of normality. We see this in a brief instance early on when Villanelle is running on a treadmill in her apartment, listening to an audio recording of a woman laughing joyfully, and trying to perfectly mimic that laugh. She actively tries to imitate normal, expected human behavior in order to fit in. We also see an example of this potential desire in a larger way, with her reciprocal obsession with Eve, who has a “regular” life in certain respects: a steady job, a husband, and a group of friends. That is part of the brilliance of the character of Villanelle – the sympathy we feel for her in trying to reject her instinctual behavior, her sociopathic tendencies.

The more we see of Villanelle and learn about her past, the more complicated our feelings about her become. In a way, Eve serves as a sort of stand-in for the audience, and reacts to the events of the series in a way that anyone else watching would react. Like Eve, we are aware of the undeniably horrific things that Villanelle has done, yet a part of us is still rooting for her, hopeful for redemption.