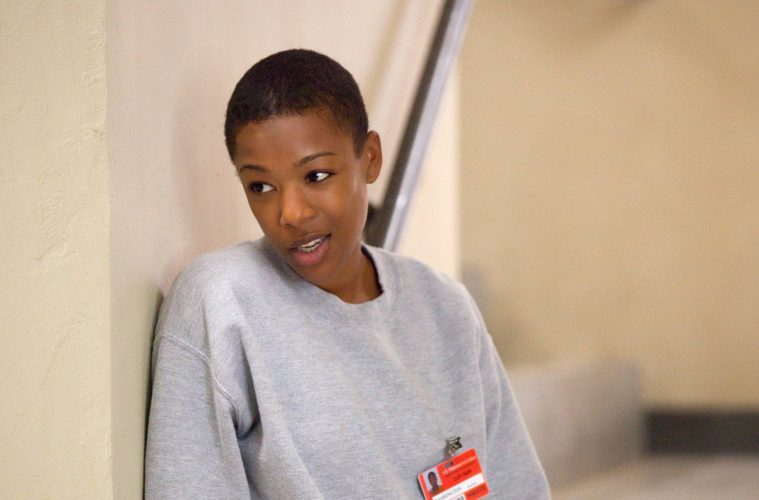 Summer is a great season. For many, it hints at the return of some of our favourite things: eating limitless amounts of ice cream, sipping afternoon sangrias, catching up with friends, and watching everything Netflix has to offer. For many Netflix enthusiasts, summer particularly hints at the return of the hit series Orange is the New Black.

A show documenting the lives of the female inmates at Litchfield Correctional Facility, the plot has touched upon many issues experienced in prisons, including hunger strikes, substance abuse while behind bars, the mistreatment of transgender inmates, and prison guard brutality.

Released on June 9, the show’s fifth season is an ode to activism and resistance movements. This is largely due to the unjust murder of Poussey, whose death provided a climactic end to the fourth season. Murdered by a prison guard, Poussey was pinned down and unable to breathe, resulting in her death. An obvious homage to social justice movements like Black Lives Matter, the scene was followed with a flashback to her pre-prison life. The segment highlighted her privileged lifestyle, which was emotionally juxtaposed with her sudden and undeserved death.

While Poussey’s death is a main reason that the fifth season focuses mostly on resistance and justice within the prison, the way Orange is the New Black chose to portray her death and pre-prison life is problematic, both in its representation of black death and because of media discourses that tie blackness to criminality. This representation is a failed attempt in pop culture to address an important social justice topic.

Following the character’s death, Poussey’s flashback aims to stress one thing: she was ‘the good kid’. Privileged in class, education, and having lived a comfortable life like that of white protagonist Piper Chapman, Poussey was never ‘supposed’ to go to jail. She was a good girl. A hipster living in Brooklyn, about to travel to Germany with her family. Yet she landed in Litchfield for dealing a small amount of marijuana, and was later killed.

Poussey’s death, followed by her flashback story, is emotional because she is portrayed as not ‘inherently criminal’. This feeds into a media discourse that has plagued the black community for decades. The trope of the black criminal was persistent throughout the 1970s, when the media became preoccupied with covering emerging forms of ‘racial’ crime.

The label ‘black crime’ was meant to construe black communities as being incompatible with British and American ways of life. Media representations that juxtapose ‘black criminality’ with a ‘white way of life’ impose a racist binary – you can either be black (and thus inherently criminal) or be white.

As a character, Poussey’s privilege positions her as incompatible with socially-constructed views of ‘black criminality’, so much so that she’s seen as more identifiable with standards of whiteness. This is due to the layers of privilege that she possesses, making her different from her fellow black female inmates on the show. Thus, Poussey as a character is a juxtaposition of black criminality.

Poussey’s death and the subsequent flashback scene perpetuate the stereotype of black criminality to make her death more emotional because she is not a ‘normal black convict’. In juxtaposing a character and a stereotype, however, it is unconsciously communicated that black life and death are more meaningful when the person is not a typical “black thug”. This scene, then, poses the question: Are life and death given more or less value based on socially-constructed perceptions and the various levels of privilege or oppression one possesses?

The question is uncomfortable: Does society’s gaze ultimately care more about someone’s life if they are more privileged? Poussey’s representation and death, though troubling, reflect the subdued and often unnoticeable discourse into which black life is placed. This opens discussion up to asking whether Treyvon Martin would be alive today if George Zimmermann didn’t perceive him as “thuggish” and a “real suspicious guy” because he was wearing a hoodie. This is not the discussion Orange is the New Black sought to get involved in. Poussey’s death was supposed to be an homage to Black Lives Matter and #ICantBreathe, but it fell short. What can be done better next time?

Portrayal of social justice issues in pop culture must be raw. The point of media representing issues in social justice shouldn’t be to humanize the death of those already humanized through their societal privileges and privileged interactions. It should instead humanize the death of those whose humanity is robbed from them because of the immense oppression that prevents them from having their voices heard. To cherry-pick the most privileged black woman on the show as the face of institutional trauma ignores the many women who face additional intersections of societal oppression, and who therefore have the most trouble when seeking the justice and reparations they deserve. When writers ignore the need for intersectional representations of oppressed people, they continue ignoring deeply embedded forms of inequality, ignorance, and institutionalized trauma and fear that many experience every single day.

A critical analysis of the death and representation of Poussey reiterates the need for filmmakers to re-evaluate the deeply embedded discourses and stereotypes that often shape plots and character representations. Furthermore, media productions need to address topics in social justice bluntly, and to make sure that the faces of social injustice are parallel to those who face injustice in real life. This season of Orange is the New Black is an ode to resistance, but we should also resist against the previous season’s representation of blackness and social justice.