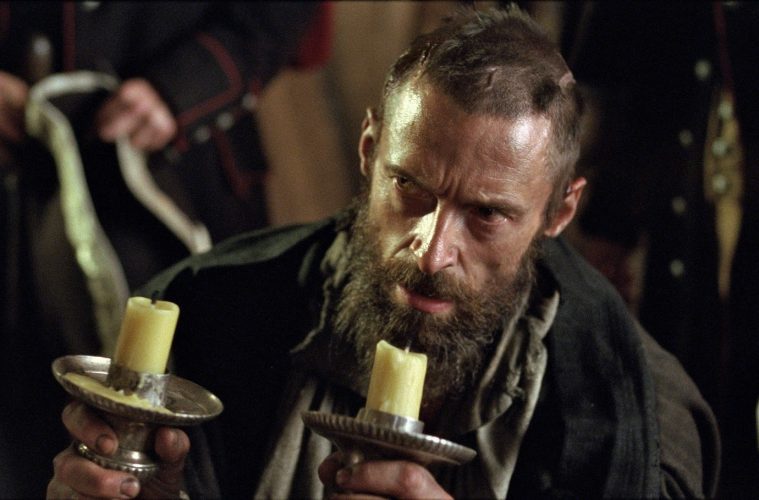 Kat Blaque, Ben Shapiro, and the Dangers of Echo Chambers

I’ll never forget the first time I watched Les Misérables (2012) as an adult who could fully (or at least, almost fully) appreciate the spiritual journey that Jean Valjean takes. He begins the film as a beggar and is sentenced to nineteen years in prison for stealing a loaf of bread to feed his starving nephew. His worldview is characterized as ‘every man for himself’. It’s been shaped this way because he’s been kicked down more times than he can count, and if he must steal to live, so be it. That is, until a Bishop catches him smuggling some silverware from a church.

To protect Valjean, the Bishop claims that he had gifted the silverware to him. Valjean, knowing that this is a lie, is bewildered by the kindness he has been shown by a man who owes him nothing. It’s this small act of kindness that sets Valjean on his righteous path to become a man of the people. It is the Bishop’s ability to change Valjean’s worldview that makes him who he is.

Still, by the end of the film, I was always wondering about that Bishop. Did he know that his compassion for another person had changed the world so radically? Was he aware of all the good he did by putting himself in the shoes of his neighbour, and making him a friend instead of an adversary? If the Bishop had scolded Valjean from his own side of the fence and told him to be a better man while looking down on him, I doubt that the film would have quite the same trajectory of change and catharsis. It is this respectful exchange of ideas that changes his mind. It says to Valjean, gently and without attack: There is a better, kinder way.

It was my third year at my fairly liberal university, attending a course in my extremely liberal film program. I was sitting in my “Media and Marketing” lecture, packed with engineering students who thought they had enrolled in an easy course (and some of my own peers spread few and far between), when I first heard of the “media bubble” or “filter bubble”. These terms describe the idea that, based on the social circles we interact with online, combined with website algorithms that personalize what we see, users tend to only interact online with things that are palatable to, or in agreeance with, our beliefs. In other words, there is no more comfortable place to stand in than your own digital footprint. In a world where the basic rights of countless people are constantly denied, how could comfort possibly sound bad? It sounds almost like something that we would be wrong to turn down.

It would take years for me to realize how much of the online sphere I had never seen because I had disagreed with it, but something was wrong with this picture. The media was always meant to challenge our ideas and put new thoughts into our minds, not just beat the old ones like a dead horse. Today, more than ever, the internet has become a renaissance of the ancient Greek Symposium: a place for people to simultaneously enjoy themselves and indulge the mind in expanding itself. When it comes to social and political change and discussion, there are some great examples online of what the internet can do at its best. Reddit has a sub-forum with 300,000+ subscribers called “Change my View”, which is literally dedicated to its namesake. It’s proof that we, as humans, can accept that our beliefs may be flawed, and more importantly, that we can discuss these beliefs respectfully and without falling into fallacious attacks. The latter, I think, is the key to paving the way for the former.

At its worst, however, the internet has an impressive talent for creating military grade filter bubbles, filtering out even the smallest inkling of a challenging idea. Most people now, no matter how unpopular their opinion is, can believe that their views are held by the majority. This can be empowering in cases, especially for groups which are disenfranchised (ie. empowering LGBTQ individuals to know that they are not alone in their struggles), but it often also emblazons hate speech and validates any view, no matter how wrong or mean-spirited.

Some echo chambers are easy to spot. A fifteen-second glance at any of Ben Shapiro’s social media pages will tell you that. I’m having trouble not digressing into a whole article about everything that’s wrong with him – as a concept, as a human being, as a social movement – but that’s for another day. His social media movement is the reason why so many outlets label brown shooters as “terrorists,” while white shooters are afforded the “brilliant but depressed” treatment. It’s the reason people believe transgender people belong in the wrong bathrooms. It’s the reason Rick Best and Taliesin Myrddin Namkai-Meche were stabbed to death protecting two Muslim teenagers.

Some echo chambers, however, are harder to spot. They come from a place of love and of acceptance. Their message is the right one, but they are also often tipped with a poisonous end. Pages like Kat Blaque’s are helpful, empowering, and educational at best, but hostile and condescending at worst. I can’t emphasize enough that I agree with Kat’s views, but I also can’t say for certain how much of that support comes from my never having left my liberal bubble. And so, while I support her and everything she stands for, I believe we must also question. Though I stand in solidarity with my disempowered brothers and sisters, I also must ask myself why. I think we all owe it to ourselves to really understand our opinions, where they are coming from within ourselves, and the history behind what we believe – especially if we believe it so firmly.

Re-affirmation, solidarity, and representation are endlessly important. I spent my entire childhood wondering why there was no one that looked like me on TV and in the movies. I spent most of my early teen years rebelling against those who were constantly telling me to be more ladylike. But extremes, whether on the left or the right, will never change the world. Aggression will never change the ideas of the masses, regardless of how right or wrong those ideas are. All anger or hate serves to do is strengthen everyone’s previous notions without challenging them.

Both sides have tried to fight echo chambers, but we generally go about it in the wrong way. We attack without admitting fault. We attempt to create change with force. We speak without listening. A prime example of this is when the University of Chicago banned safe spaces in August 2016. We’ll never get anywhere by shutting down the ability to feel safe and heard when we speak. Socially liberal people are right when they say that we should approach a person’s struggle with compassion and kindness or not at all (especially when that person is less privileged), and socially conservative people are right that ideas should be challenged. There are some things, however, that we need to learn before we can move forward and understand each other. If we would like the world to change for the better, we must be both Valjean and the Bishop. We must know how to speak with kindness, and listen with intent.