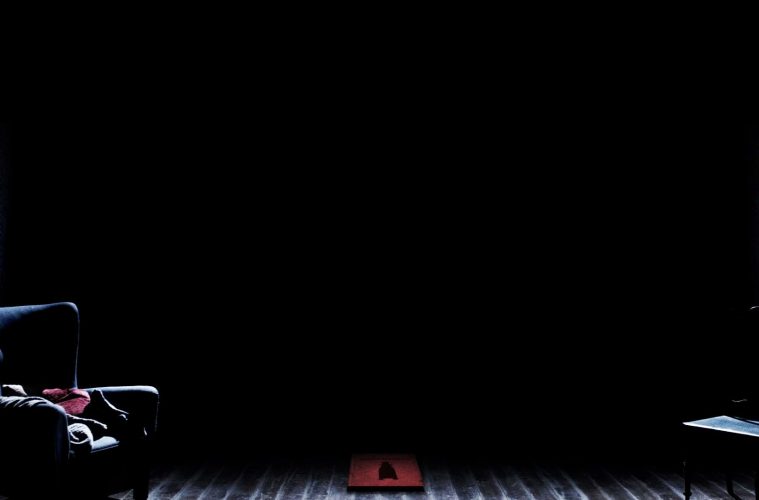 What Goes Bump in the Night?: Why Horror Films Should Keep Their Monsters in the Shadows

A threatening creak of a distant floorboard. A thumping flutter of spooked birds taking flight. The score softens to an eerily suspicious lull, and with it, the sound of our tragic protagonist’s breathing rises with frightful urgency. It’s coming – the big bad monster. A sudden dart of movement behind our lead prompts them to swivel around wide-eyed to see… a weird looking, discount Teletubby with fake fangs glued on. Well, that’s not scary.

When it comes to making a great horror film, building tension is an art that should not be underestimated. Tension can be created by putting the audience on edge, making them expect something is coming, but drawing out the satisfaction of meeting those expectations. Often in horror, a huge ingredient of fear is the unknown. Ambiguity is off-putting. What is chasing these young partygoers through the woods? What’s been causing all of these gruesome deaths across town? What’s that shadowy shape in the corner of my bedroom? When the audience’s imagination can run wild and fill in gaps that the director has left open for interpretation, the audience can complete a lot of the hard work for them. In the case of monsters, they’re able to scare themselves by imagining the worst possible creature they can think of.

Of course, there are always exceptions to the rule – not every film is doomed by their monster reveal. In fact, if done right, it can enhance the horror experience. Sometimes it’s all about how the monster is shown. In The Babadook, the horror comes from the eerily sinister way that the creature first slides into the bedroom. Not only is this unnatural method of movement creepy, but the scene also plays out the worst-case scenario of a fear that everyone has of being awoken to a strange sound or shape in their bedroom. It Follows is another effective example for how it designed its monster, turning a benign image of a normal person into a looming threat while also building paranoia about every extra in the background. With these films, filmmakers didn’t just rely on their monsters looking scary and hope that’d be enough; they interwove multiple components of horror to create a terrifying atmosphere that the monster only adds to.

If the horror film’s antagonist is going to be revealed, the method of unveiling the creature is not the only important component when scaring the audience – the monster’s actual design and appearance also play an important part. As a general rule, if a film is wishing to gross out its audience with an unnatural creature from our worst Cronenbergian nightmares, while also avoiding joining the list of ridiculous-looking B-film horror monsters, then they’d best have a large budget. Designing scary monsters when all you have are a few papier-mâché masks and raggedy wigs from cheap costume shops is pretty much a lost cause. There’s a fine line between scary and laugh-out-loud ridiculous. Seeing some unfortunate intern packed into a costume that resembles more of a blob than anything else, while awkwardly limping after our protagonist, is only going to bring the audience out of the experience and back to reality. Same goes for monsters created with CGI: one need only experience the film adaptation of Stephen King’s The Langoliers to understand how truly awful CGI can turn an audience’s hysteria from fear to laughter (although, to be fair, CGI was just one in a very long list of problems for The Langoliers).

There are certainly ways to get around budget limits if a film’s team is lucky enough to snag a few art and design students looking for an internship experience. Crypt TV is a small entertainment company that boasts plenty of brilliant-looking horror creatures in their YouTube series despite their low budgets, because the talent and passion that goes into making each short is fantastic. However, if filmmakers are not willing or able to give detailed attention to their creatures and pay them the amount of respect they deserve, then the result will be laughably poor. In these cases, mystery is the filmmaker’s best friend, and the big bad threat should probably stay lurking in the shadows.

Crafting the perfect atmosphere for horror is an underrated art, and flinging menacing-looking creatures at the audience just doesn’t cut it anymore. We’ve seen it all! Monsters come out at night for a reason: they just aren’t as scary in the light. So, keep them in the dark, keep the mystery, keep us wanting more, keep us up at night tortured by our own imaginations. We know our greatest fears; let us experience them.