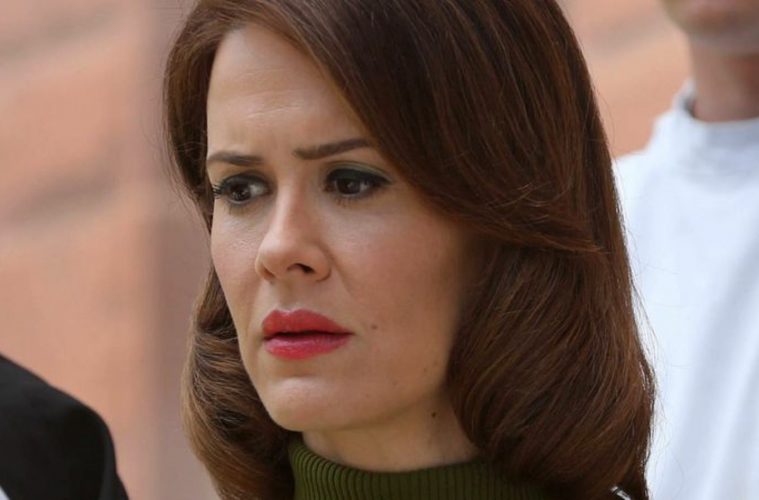 The Many Faces of Sarah Paulson on ‘American Horror Story’

Here’s the thing. There are actresses and then there are the actresses. Sarah Paulson is definitely the actress. She rose to fame appearing in the American Horror Story universe and has stayed with us since 2011. I am delighted because she is not only talented but incredibly humble, not to mention a huge supporter of LGBTQ+ and women’s rights. Paulson is also hilarious, which makes me think we would be great buddies. I would unquestionably grab drinks with her, there is no doubt about that!

I watched—really watched—AHS around 2015. I had four seasons to catch up on, but after binge-watching most of it, I came to realize that Sarah Paulson’s characters are among the best (if not the best) characters I’ve ever encountered. Masterfully written, amazingly portrayed by Sarah—there was nothing more that I wanted. After the 2018 season, Apocalypse, I came to fall in love with three ladies: Lana Winters, Ally Mayfair-Richards, and Cordelia Goode. From my viewpoint, those three women were extremely well crafted and had the best character development.

Lana Winters became a tremendously close character to me. She was not only a great, observant journalist. She was also passionate and focused, even in the moments of distress. Asylum is set in Briarcliff Manor in the 60s. It’s a place for the sick and mentally ill (often criminals) at a time when being gay was not a thing that people could announce left and right. That’s why Lana and her partner, Wendy, publicly claim to be roommates. Sarah Paulson’s character deals with many issues in only 13 episodes—her sexuality, her career (including journalistic ethics), conversion therapy. The actress revealed that in the beginning, she didn’t know just how complex the character was; the conversion therapy scene was one of the first that she found out about. There is also the timely subject of abortion, which was quite a feat for her. To me, it will always be one of Sarah Paulson’s crucial scenes. She had to depict a situation that so many women of the time found themselves in (and often died from). It certainly makes you think given the recent news out of Georgia and Alabama.

Lana shows viewers a multi-dimensional female lead who is everything that a woman is and always has been. And by that, I mean a human being with realistic life experiences, who doesn’t stand still, smile, and just look presentable (as films/series sometimes present women, especially older ones). Is it pretty? No. Cruel? Of course. But Sarah Paulson illustrates all of it—rape, abortion, mental illness—in just one character. From an unrecognized reporter, Lana grows into one of the most influential, famous journalists in America—Barbara Walters style. I often heard people disliking the new Lana Winters, saying she was too self-centered, too career-driven. According to some, she made a terrible mistake leaving her son in the foster system, and it was her fault that he became a killer. But let’s take a moment and turn the situation around: If she had been a man, nobody would have said anything, would they?

That’s precisely why I believe that Lana Winters affected my life on some level. She was one of the first (if not the first) gay female journalists on-screen who went through hell, was raped, got pregnant, and decided not to have the child from said rape. She grew strong and prosperous. Sarah did such a fabulous, outstanding job, exposing a variety of emotions. Sarah herself considers Lana Winters her favorite, most enigmatic figure that Ryan Murphy had her play on American Horror Story.

“There is something more dangerous in this world than a humiliated man: a nasty woman.”

This is the most significant quote that Ally Mayfair-Richards says in Cult, the sixth season of the series. It aired while presidential campaigns were taking place; hence, the quote seemed to be everywhere, especially among American Horror Story fans. I feel like Paulson played herself a little, as I see Sarah in Ally’s character, particularly in the way she dresses and speaks. Ally’s anxieties actually were based in Paulson’s own phobias. It seems as though this underrated season—I guess for some people it was too real?—let Sarah Paulson present one of the best personalities she has ever portrayed. Ally is not at her best at the beginning of the season. She is unable to function as anxiety ruins her daily life. That influences both her child and wife. Ally cries a lot, which somehow pissed fans off. I suppose that they found a woman who cries a lot useless and annoying.

Ally grows from a terrified, tired-of-life woman into an amazing, bright, and powerful one who won’t stop until she brings peace to the world and beats her opponent: the conservative Kay Anderson. At first, it is merely a fight between a Democrat and a Republican. However, I believe it was also one between a woman and a man. It depicts the war women fight their whole lives. You would think that something would change, but it is now 2019 and it seems to be the same.

Sarah masterfully created this personality. She was the perfect person to play Ally. As Paulson admitted, it hit her close to home. I believe that is why she did such an outstanding job.

“Because I’m the fucking Supreme!”

While I’m on the subject of war between men and women, I have to talk about Cordelia Goode, Sarah’s character from Coven and Apocalypse. I was personally so thrilled to see Cordelia again because we could see her development as a character, especially as a woman. Cordelia had the most complex development on the show.

From living in the shadow of her mother, Fiona, Cordelia transforms into a powerful woman, leader of the coven and Supreme. This change is also shown in her behavior, including how she dresses and acts around other witches. In Apocalypse—as the title suggests—the world is ending. Cordelia faces a battle against the Antichrist, behind whom almost all sorcerers stand. Again, it’s a war between women and men.

As the eighth season aired, we saw the influence of the #MeToo movement. On the set of AHS that year, around 61% of the crew were women. Sarah Paulson also made her directorial debut and directed an episode, “Return to Murder House,” which was the most important one in the season.

I created a poll on Twitter and asked people which character of Sarah Paulson’s impacted their life the most, focusing on the “strong woman” aspect. Although Lana Winters came out on top, the second choice was Cordelia. And it makes sense because I genuinely believe that the way Ryan Murphy developed her personality and that Sarah Paulson brought her to life was simply outstanding. It shows how talented they really are.

When I decided to analyze my favorite characters, I didn’t forget about Paulson’s other roles. I considered them all and realized that every woman she has portrayed has had a different theme to her character: Billie Dean focuses on prophecy, Lana Winters on abortion and mental illness, Cordelia Goode on transformation, Bette and Dot on disability, Sally McKenna on addiction, Shelby Miller/Audrey Tindall on unspeakable fear, and Ally Mayfair-Richards on beating your worst phobias and anxieties.

Sarah Paulson introduced us to all these women who are very different from one another. None of them are similar in behavior or character traits. I cannot see any other actress who would bring them to us the way Sarah does. AHS: 1984 will begin shooting this summer, and although it looks like Sarah will only have a small role this season, I know that she won’t disappoint us.