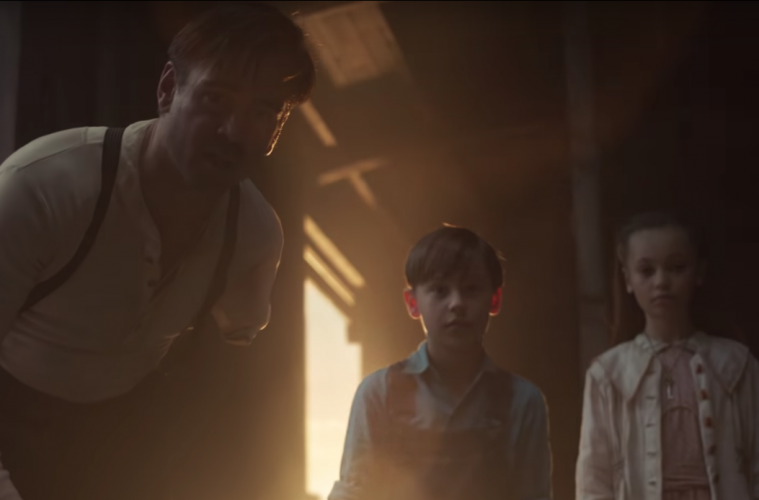 Should Only Disabled Actors Play Disabled Roles? A Personal Perspective on Why Casting Matters

In March, Disney’s latest “live-action” remake was released in the UK: the long-anticipated Dumbo. The film features a disabled character, Holt Farrier, who has one arm. Unfortunately, rather than casting a disabled actor, Holt is portrayed by Colin Farrell, whose arm was erased using special effects. This caused upset among actors who have limb differences of their own. Although I personally have two arms, one of my disabilities is a limb difference, so I too was confused by the casting of a non-disabled actor.

As a disabled person with a strong love of film and television, it is incredibly frustrating to have grown up seeing my community represented through these outlets by non-disabled people, over and over again. I do believe that such representation is improving, but there is still a long way to go. Earlier this year, disability activists arguing against the casting of non-disabled actors gained particular attention during debates relating to The Upside (2017), which had its UK release in January and is a remake of the French film The Intouchables (2011). The film focuses on the relationship between care assistant Dell Scott and a quadriplegic man named Philip Lacasse. Lacasse is played by Bryan Cranston, who—as far as I am aware—is not disabled. As trailers for the film began spilling onto my social media timelines, so too did content protesting against Cranston’s being cast in the part. Some of this referred to him as a “problematic ally,” as he has in the past advocated for the inclusion of disabled actors in film and television. In addition to identifying as disabled, disability representation across various forms of media was the focus of my studies throughout university, and I keep myself involved in organisations that advocate for the inclusion of disabled people within the arts.

Although I have my own issues with the casting of non-disabled actors as an audience member, over the past year I have engaged in an increasing number of discussions with disabled actors themselves, and have had my eyes opened to the staggering number of barriers that disabled actors face. For example, what would you do if you saw a casting opportunity for a disabled character but the audition venue itself was inaccessible? The acting industry is notoriously difficult for anyone hoping to build a career within it, and being disabled can make it even harder. Even when there is a disabled role, not all productions are open to meeting the access requirements that disabled actors might have. To be perfectly blunt, this simply suggests laziness on the part of the production team—if they want to include and profit from disability in their production, then they must include disabled people themselves. With large productions such as Dumbo and The Upside, I am sure that they would have had the means at their disposal to accommodate a disabled actor. As actress and activist Melissa Johns outlines, disabled actors are practically never considered for non-disabled roles; thus, to overlook them when casting a disabled part is dismal.

More recently, Netflix released The Silence (2019), which has sparked controversy among the deaf community for casting Kiernan Shipka—a hearing actress—as Ally Andrews, who lost her hearing in a car accident. The community’s comments on Shipka’s signing in the film—which is likened to a beginner level, though director John Leonetti praised the actress’s signing as “flawless”—further prove the value in casting disabled actors for disabled parts. For deaf viewers who communicate through ASL, the casting of Shipka and her beginner-level signing presents a distraction that might take away from the sense of believability in her character and the immersion that many of us hope to enjoy when we settle down to watch a film. Surely, part of ensuring authenticity and enjoyment for audiences—for any production—is to include those who understand the subject matter within the overall team. For The Quiet Place (2018), director John Krasinski cast actress Millicent Simmons in the role of Regan Abbot, and, just like her character, the actress is deaf. Furthermore, Simmons taught American Sign-Language to others on the film’s set—an advantage that a hearing actress would have been much less likely to provide.

There are industry professionals out there who are very aware of this as well as organisations genuinely committed to making a change. Towards the end of last year, the British Film Institute teamed up with the organisation Changing Faces to create the campaign I Am Not Your Villain, which calls on the film industry to stop using disability and visible difference as a short-hand for villainy. The BFI has now pledged to no longer fund films which feature villains with facial scarring. Despite its failings with productions such as The Silence, this year has also seen the release of a much more promising Netflix original with Special (2019), a short series based on Ryan O’Connell’s memoir, I’m Special: And Other Lies We Tell Ourselves (2015). Ryan O’Connell is a gay man with Cerebral Palsy who not only adapted the work for Netflix himself, he also stars in the show. I adore it myself and it has been positively reviewed by those with similar disabilities. It’s also wonderful to see the story of someone who is both disabled and gay told on-screen! As Ryan himself states in the show, this required him to come out of the closet as both identities—an experience that I personally found extremely relatable. The response from others and my personal excitement over hearing about these progressions are why I strongly believe that the casting of non-disabled people as disabled characters still needs to be called out. The inclusion of disabled people at various stages of the production process must still be fought for because it makes a difference, not only to how others see us but how we see ourselves.

I have a never-ending bank of memories relating to growing up disabled, one being that I never saw disabled people in the teenage magazines I read when it came to fashion and dating and gaining an independent adult life. When friends began discussing relationships and sex during high school, I distinctly remember saying that those things would never happen for me. As a disabled teenager, I just didn’t see how it was a possibility. (I do not have this mindset anymore.) Although I had connected with online communities and found reassurance and confidence prior to 2014, that was the year I first saw a depiction of a disabled person in a relationship on-screen. I went to see The Fault in Our Stars (2014) and nearly leapt out of my seat when I saw an amputee character—one who also pursued a relationship, named Gus. The film also shows him in bed with his girlfriend, Hazel, and they discuss his disability together. I was ecstatic and instantly Googled the actor when I arrived home. The actor, Ansel Elgort, is not an amputee. I was utterly crushed.

Disabled actors who are already limited in the roles available for them to play deserve the opportunity to not only take on roles that they have unique insight into, but to also be considered for parts that may have originally been written as non-disabled. If non-disabled actors keep portraying disabled characters, then why shouldn’t it work the other way around? Disabled actors are not charity cases who want these roles out of pity; they want them because they know that they are not even being given the chance to show that they are good at what they are trained to do. Beyond this, disabled people deserve to have role models on-screen and to be represented in society and life, just the same as everyone else. Finally, as examples such as The Quiet Place and Special prove, the inclusion of disabled people not only benefits the overall authenticity of a production, but also improves the chances of a positive response from audiences.

I do not like a film or series just because it includes disabled people, as I am an individual with personal taste. But I still appreciate when we are there and can recognise that disabled people have been listened to. One thing that this past year has taught me is that disabled people are no longer afraid to speak up when disrespected, or left out of a production that profits from their experiences. We’re tired of the constant excuses as to why hiring a disabled actor won’t work. Let disabled actors into the room and they’ll show you why it does.