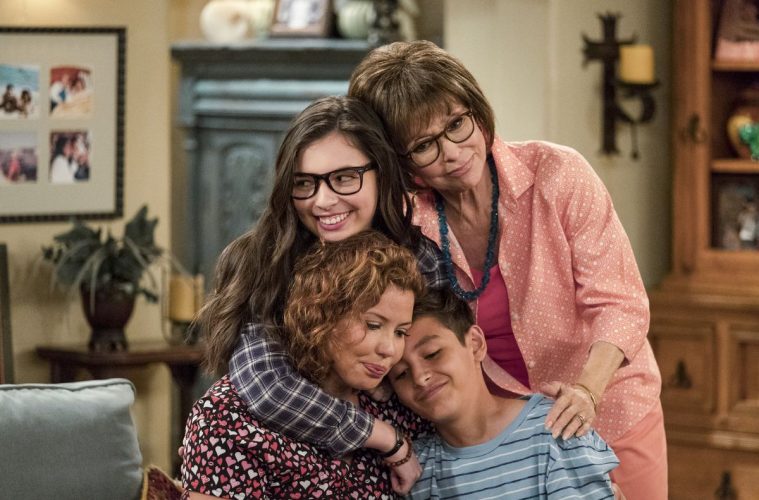 The Case for Saving ‘One Day at a Time’

Netflix has been producing wonderful original series for the past six years, but its best sitcom—if not best series overall—is One Day at a Time, which first premiered in January of 2017. It follows the lives of a Cuban-American family living in Los Angeles and is loosely based on the popular 1970s series of the same name. Instead of a standard remake, it’s a contemporary re-reimagining with new storylines and characters (aside from Schneider, the landlord). It’s topical, funny, and heart-warming, making it a truly remarkable and important series.

Sadly, it was cancelled earlier this year after just three seasons. It’s currently being shopped around for a new home, but it’s proving to be a rather complex ordeal. It’s unfortunate that we live in a time where a series with such diverse representation and outstanding writing can be cancelled. Brooklyn Nine-Nine suffered a similar fate last year, but was thankfully saved a day after its cancellation. These entertaining and educational television shows must be protected. Here’s the case for saving One Day at a Time.

The Alvarez family is made up of three generations: Lydia (Rita Moreno), the religious and traditional grandmother; Penelope (Justina Machado), the war veteran and mother; Elena (Isabella Gomez), the progressive teenage daughter; and Alex (Marcel Ruiz), the fun and modern teenage son. The casting is perfect as it features real Latinx actors, with the legendary Rita Moreno being a fan favourite. It’s rare that we see such suitable casting across every character, in addition to an excellent portrayal of Latinx culture. They resemble a realistic and modern Cuban-American family.

One Day at a Time knows that representation matters and takes this very seriously. Half of the show’s writers are Latinx, with many of them women and/or LGBTQ+. Co-showrunner Mike Royce said, “It’s not just 12 white guys in a room going, ‘Uhh, I think it would be… I think she’d say…’ It comes from everyone’s specific experiences.” This really helps add more authenticity to the series, allowing for a more realistic and less stereotypical portrayal of a Cuban-American family. The female and LGBTQ+ writers also ensure that there are reliable voices involved in the narrative, so that the show can explore issues excusive to these groups. This kind of on-screen representation helps people see themselves reflected and allows others to learn more about different cultures and experiences, ultimately becoming more accepting of them.

In the series, no topic is off-limits. From female facial hair to reducing one’s carbon footprint, it also explores heavier subjects like depression and PTSD. It does the latter through the single mother, Penelope, whose character is flawed and complex. She is a veteran of the war in Afghanistan who now works as a nurse. She’s already lived quite the life, and, although this is a sitcom, Penelope’s storyline explores the darker parts of her past, like leaving her alcoholic husband (a soldier, who also has PTSD).

The series explores Penelope’s doubts as a single parent, her getting help for her chronic back pain (from an injury she sustained in Afghanistan), and her seeking treatment for her mental health problems. It gives a powerful depiction of what it’s like to be severely depressed. Penelope has remained in therapy for most of the series, and the third season dives even further into her mental health, as she begins to experience anxiety and panic attacks. Her daughter Elena also begins to have panic attacks, which forces Penelope to tell her kids that she struggles, too, and that they are not alone.

There is a very touching moment when Alex is able to help Elena through a panic attack before her driving test. When Penelope tells him how proud she is, Alex simply states that he knew what to do because they had talked about it. This shows how vital it can be to discuss mental health problems as a family, and to prepare teens to recognise these issues in themselves and in others.

One Day at a Time also covers sexuality as it follows Elena’s journey of questioning whether or not she’s gay. She wants to be sure of herself before making any announcements to her family and friends, so she decides to go on a date with a guy first. When she tells him that she’s definitely gay, he’s really chill about it. There are no rude comments or hard feelings because he’s supportive of her, which is a really healthy response to show on television. Being gay is something that Elena becomes really proud of.

However, the series isn’t afraid to examine the negative sides of coming out. It shows some of Elena’s family and friends accepting it right away, while others struggle and take more time. There’s a remarkable scene in which Lydia resolves her religious conflict with the matter in about ten seconds, but there’s another character who does react harshly: her father, Victor (James Martinez). It’s upsetting to watch, but the series handles it beautifully, creating a loving support system for Elena to fall back on. It’s a really interesting exploration of sexuality that explores more than one response, which is particularly helpful for young people to see.

In the current #MeToo era, One Day at a Time proudly tackles sexual assault and harassment. In the third season, things get intense when the family discusses consent after finding out that Alex has been posting sexist images on his private Instagram account. After initially thinking that his family is overreacting, Alex takes a moment to listen to their experiences. Elena explains that a group of boys urged her and her partner, Syd (Sheridan Pierce), to kiss for their own entertainment when the two teens were spotted holding hands on the bus. Penelope shares a time when she was in the army and her mentor forced her to touch his genitals without her consent. This further went on to highlight that sexual assault in the armed forces often goes unrecognised.

Alex soon realises how common these experiences are, and that his behaviour could make women feel uncomfortable. Ultimately, they all know that Alex is a good person, but the episode is a very teachable moment for Alex, who isn’t afraid to apologise and learn from his mistakes. It’s important to educate boys from a young age, but this even serves as a lesson for Lydia, who has been excusing toxic behaviour from men because it was normalised in her time. The series isn’t always just calling for men to be better, but for everyone to be—including us as viewers.

One Day at a Time also boldly comments on other social issues. Alex says to Elena, “You’re only mad because the internet told you to be,” which is a common point of view in our current era, when many people find themselves in disagreements online. It often uses this perspective to debate things with both humour and delicacy, as the series shows a Cuban-American family questioning the sexism of a quinceañera and whether the tradition needs updating. They talk about feminism, religion, and immigration. They even have a non-binary character, Syd, whose they/them pronouns are respected even though they’re not fully understood by everyone.

One Day at a Time’s three seasons typically feature 13 thirty-minute episodes each, but it still manages to explore—and sometimes resolve—all of these issues, while remaining light-hearted and fun to watch overall. It knows when to poke fun at something and when to take it seriously and set you off crying, which sets the tone for the entire series.

Something else the series does well is having a ‘token white guy.’ This is through Schneider (Todd Grinnell), who is the wealthy landlord of the building and also a close friend of the Alvarez family. He’s just some straight, white dude who sometimes gets things wrong even though he always means well. He’s a true ally who wants to help and do better. But Schneider isn’t just reduced to a token character; he’s actually a very complex character himself, with insecurities and a fun but imperfect personality. One Day at a Time explores Schneider’s troubled relationship with his father as well as his alcoholism in a very realistic way. It’s an incredibly touching storyline that highlights the ups and downs of addiction.

One Day at a Time is amazingly well-written: It’s funny, moving and thought-provoking. The way it handles complicated social issues is a remarkable achievement for a sitcom. It’s so informative and the range of topics it explores with care is bound to resonate with a lot of people all over the world. There’s a lot of representation across a loving and flawed family that will finally make people feel heard, recognised, and understood. The format of the series also helps others gain understanding in areas that may have previously felt alien to them. It’s about connection, which is one of the main things that a sitcom usually provides in one way or another, but One Day at a Time may have outdone itself by becoming one of the most progressive sitcoms of our time. For this series to remain cancelled would be a true disservice to us all.