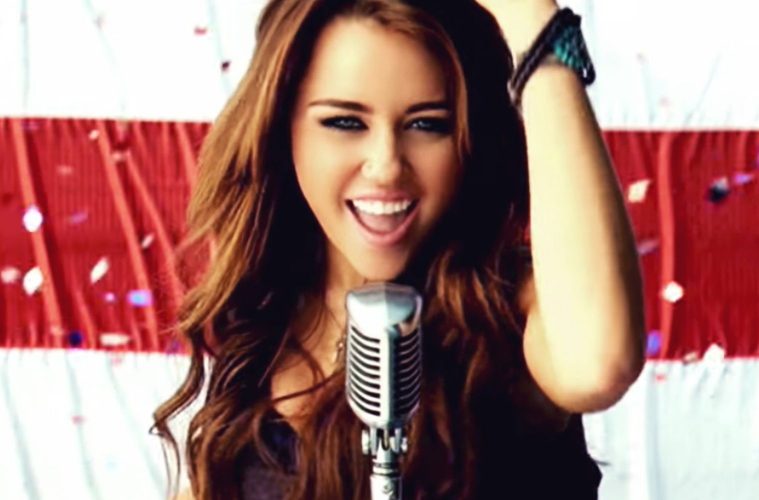 Twitter went into an uproar earlier this week after The Hollywood Reporter announced that the Plain White T’s song, “Hey There Delilah,” will be developed into a TV series. Yes, the Plain White T’s, who once had a line of clothing at Kohl’s, are coming to the silver screen. Per THR, Lively McCabe Entertainment and Primary Wave will weave a storyline about two star-crossed lovers who are separated by distance, as described in the song.

“Stacy’s Mom” by Fountains of Wayne

This new comedy centers around a teenage boy named Dylan (Pete Davidson). He’s got it all: A beautiful girlfriend named Stacy (Bella Thorne), tons of Instagram followers, and a job mowing his neighbors’ lawns. But he can’t stop thinking about Stacy’s single mother (Courteney Cox), who’s got it going on. Will he be able to woo two generations, or is his primal pining just a pipe dream?

Sammy (Selena Gomez) is a successful DJ who’s been spinning tunes at all the hottest clubs. But she has a secret: her girlfriend, Dylan (Sarah Hyland), died of a rare brain disease several years prior, and she’s been trying to spin her troubles away ever since. However, Sammy wakes up in heaven after a disco ball unexpectedly falls on her. Now, she has to adjust to life in the great hereafter. And when she discovers that Dylan is also in heaven, she spins the greatest tune of all.

When a young law student named Dylan (Shawn Mendes) gets into a car accident, he develops amnesia. Now, his devoted girlfriend, Kim (Keke Palmer), must try and jog his memory with sepia-toned polaroids of their life together. Each episode centers around a different photograph in their extensive collection, which sparks a trip down memory lane. But there’s a twist: Kim isn’t his girlfriend at all but a Russian spy, who’s been tasked with bringing him down. Where is Dylan being held, and will he remember his true identity before it’s too late?

The tale of a young, aspiring musician named Dylan (Noah Cyrus) in Nashville who moves to L.A. – only to discover that everyone is wearing high heels while she’s wearing sneakers. Will this country girl learn to hack it in the big city, or will she be forced to take the Chattanooga Choo-Choo back to Tennessee?

“Lips of an Angel” by Hinder

Dylan (Ashton Kutcher) is dating a sweet cocktail waitress named Britney (Ashley Tisdale), but he can’t stop thinking about the angel he had a short tryst with six months ago. That’s right, Imogen (Hannah Simone) is a bonafide cherub who’s been trapped down on Earth. Will Dylan overcome his celestial crush, or will her heavenly hands prove too powerful for him to resist?

“Kryptonite” by 3 Doors Down

From the CW comes the story of Dylan (Nick Jonas), a modern-day superhero with low self-esteem. So while he’s struggling to adjust to his newly discovered superpowers, the young hero is also struggling to become comfortable… in his own body. And then there’s Ambar (Zendaya), who Dylan keeps by his side with his superhuman might. Not to mention that her father (Common) has some secret powers of his own…

“One Week” by The Barenaked Ladies

From the creators of 24 comes a groundbreaking new series, each season of which will cover one week in Dylan’s (Damon Wayans Jr.) mundane existence. Audiences will watch, enraptured, as he takes dumps, makes sandwiches, cries at Sarah McLachlan, and plays Xbox for hours on end. This is truly the future of television.

Enrique Iglesias plays Dylan, a successful police detective in Miami with a chip on his shoulder. But he gains a whole new perspective after falling in a vat of chemicals at a crime scene. After he wakes up, Dylan discovers that he’s acquired the superpower… of love. Now, he must roam the streets, solving crimes and kissing away the pain. Pitbull, Daddy Yankee, and Lil Jon also guest star.

Tweet
Previous ArticleReview: ‘Hereditary’ and the Horror in Our Homes
Next ArticleReview: ‘Sorry to Bother You’ is a Clever Send-Up of Race and Capitalism in America – With a Slapdash Ending

Rebecca Patton grew up in Papua New Guinea and now lives in New York, where she works as a TV Writer. She's never met a corgi she didn't like and openly gasps when she sees one lumbering down the sidewalk. She fills her days by listening to podcasts, catching up on TV shows she missed while overseas, and tweeting about her unironic love for Pitbull at @BeccaPattonSays.