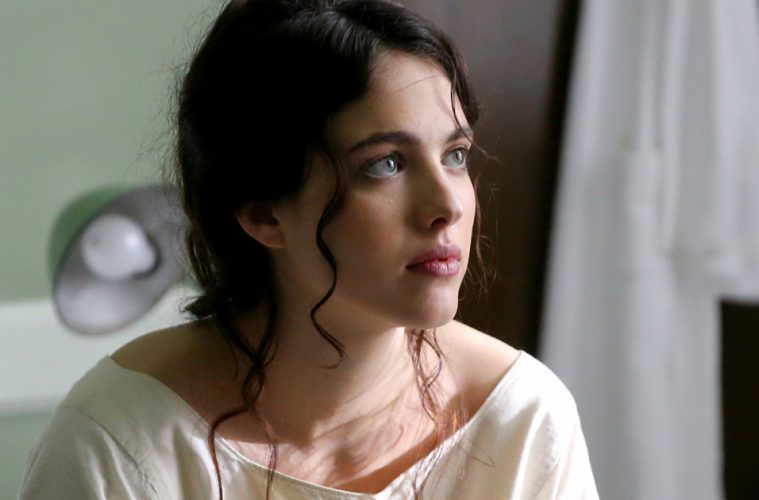 Sinful Cinema: How Film Freed Me From Fundamentalism

“The Movies have always been here. The Movies were here before God. Time is round like a reel of film. God hates the Movies because the Movies are the evidence of what He’s done.” – Zeroville (2017)

To some, film is like a religion. The screenings are the services. The films are the Word. The filmmakers and actors are prophets who spread the Gospel truth. Audiences around the world are disciples, spreading film’s messages to the masses. Over time, I became a disciple, too, as I was looking for an escape from my day-to-day problems. Sometimes fictional stories made more sense to me than the very real world I was living in. While film served as a form of escapism, it also served as a means to open my eyes to the world around me.

For the majority of my life, I had been a part of the Christian church. My whole existence revolved around my faith. Brought up to believe in fundamentalism, there were many things that I was taught were wrong in the eyes of God. I was taught that expressing any kind of sexuality before marriage is wrong. Even sexual thoughts were considered sinful. Because of this, I learned that my virginity was the most valuable thing I could offer. I was also warned that I needed to present myself in such a way as to not invite harassment. Throughout my years, I was told everything I experienced in life was all a part of God’s plan, no matter how bad it was.

As I grew older, I began to question what I was taught. As I navigated the ups and downs of my life and watched chaos erupt around me, I was lured in by film. It was a way for me to seek refuge. This fascination led me to a flirtation with films that explored freedom, especially when it came to freedom from Christianity. In my journey, there were films that opened my mind to the many possibilities that I had let societal constructs shelter my mind from. It wasn’t just about sexuality; it was about the ability to choose how to live without wondering whether everything that happened was God’s Will.

As time passed, I realized that the film industry has a blatant fascination with religion, sexuality, and shame. Why is that? I think that what drew both the entertainment industry and myself to these films the most were the unfulfilled desires that could not be satisfied, and the fact that these films gave an honest depiction of the human condition. In the beginning, I was not living honestly, cherry-picking aspects of my personality to put on display. These films showed me the ways in which I could live, and the consequences that would ensue if I suppressed myself.

At first, I felt really dirty about the films I snuck off to theater to see alone, or watched behind closed doors. As soon as I began to allow myself to enjoy these films, I wondered, At what point can you declare sacrilege from a film? Is something really sacrilegious if it is exposing the absolute truth? Some films, like sins, are little secrets we lock away in the recesses our minds and hearts. We love them, but sometimes we feel deep guilt for doing so. Sinful cinema, as I called it, challenged me to think outside my comfort zone. Some of the films I fell in love with were Bare, The Handmaiden, Black Swan, Secretary, Y Tu Mamá También, and Real Women Have Curves. Each of these films awakened something in me that I had hidden. I grew in touch with my femininity, my ambitions, my sexuality, and even my rage.

In my thirst for films that dealt with religion and repression, I posed a question on a popular film–related Facebook group. My post attracted hundreds of suggestions, enough to keep me occupied for the remainder of my lifetime. Some of the many notable suggestions were films like Carrie, The Devils, Black Narcissus, The Scarlet Letter, The Crime of Father Amaro, Breaking the Waves, The Magdalene Sisters, and many, many more. While many of these films criticized the concept of religion (and were condemned for doing so), I don’t believe they set out to mock faith – only to expose human nature and what happens when we try to suffocate it with a plastic cover. As I rewatched the film Saved!, I realized that Mary had a valid point when she asked, “Why would God make us all so different if He wanted us all to be the same?”

After ages of secret film viewing, I continued to wonder, What is in God’s Will for me? I didn’t have a clue. For years, I had wondered if every mishap or milestone in my life was part of a greater purpose or some sort of test. After a while, I grew tired of trying to figure it out. As my life became a whirlwind of trial and error, I allowed myself to employ the lifestyle of Jack Dawson, and become a tumbleweed blowing wherever the wind took me. My love of film had begun to guide me instead. For years, I had used writing as a means to process my emotions, often in the form of poetry. As I fell further down the rabbit hole of film, I began to channel my thoughts into writing about the films I had seen, and how they related to my life.

My love of film happened to lead me on a cross-country journey from suburban North Carolina to Southern California. Along the way, I ended up in places I never expected to be. Like Forrest Gump, I found myself amidst events as they unraveled. I once walked the halls of one of the biggest talent agencies in the world. I was part of the Women’s March during Sundance. I became a part of a traveling feminist film festival. I started getting accepted as a member of the press for film festivals, and I’m headed to Los Angeles this week. As far as the future goes, I have no clue what’s going to happen, but I feel a little bit better about my direction. There are times I do believe He’s up there, watching me as I navigate this crazy life. Although I’ve let go of organized religion, I still believe there’s something out there showing me the way. At times I wonder if God is using film to guide me. It may seem like a nonsensical thought, but it crosses my mind.

Just last year, I was introduced to the film Novitiate. Of all the films I had seen, it resonated with me the most and perhaps represented the death knell of my relationship with religion. The film’s lead, Cathleen, was like myself in many ways. As a young girl, she was quiet and comfortable being alone, but she craved to be a part of something more. A fellow nun tells her, “Just because someone likes to be alone doesn’t mean they don’t crave intimacy.”

At the end of the film, Cathleen stumbles in the eyes of God. Desiring intimacy, she declares that she wanted something more than God could give her. She breaks down in tears, admitting that she doesn’t think her transgression is a sin. She says that it felt how she was supposed to feel. As the film closes, and as Cathleen gets ready to take her vows, she declares, “I seek something more.”

I guess I’m doing the same.