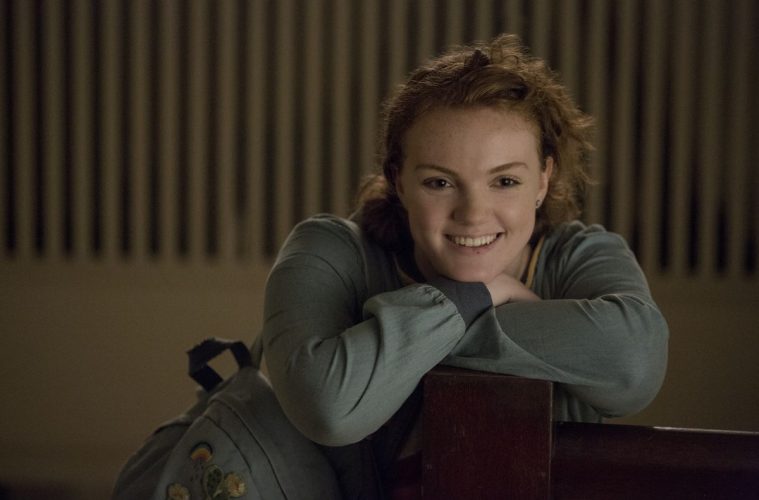 How ‘Sierra Burgess is a Loser’ Could’ve Done Better

“Growing up’s terrifying, I don’t know what I am.”

The closing quote of the trailer for Sierra Burgess is a Loser sets a certain expectation for what sort of movie it’s going to be. It speaks of coming of age, of self-acceptance, and learning to love yourself. The trailer paints a picture of a girl who’s trying to figure out who she is through blossoming friendships and romances. Unfortunately, by the end of the movie, I was left feeling disappointed and annoyed. The scene where the girl finally gets the guy she likes doesn’t feel triumphant or satisfying. It’s an ending that doesn’t feel earned, simply because the titular character’s behaviour has been so awful.

The premise of the movie is that Jamey, a football player from a rival school, has been tricked by Veronica into texting Sierra rather than herself. The two girls are very different; Veronica is a cheerleader who knows she’s hot and enjoys being popular, whereas Sierra is a straight-A student who tutors others, and whose main concerns are what to put on her college application and what her famous Dad thinks of her.

The main conflict comes from the fact that Sierra does not tell Jamey he’s not texting Veronica. She begins by neglecting to mention it, but quickly enlists Veronica’s help. Together, they manipulate and lie to Jamey with selfies, Skype calls, and even a date. At the end of the date, Jamey is tricked into kissing Sierra rather than Veronica, which is as dubious as it sounds. Then, the climax comes when Jamey is told what has been going on. By this point, Sierra has also upset her best friend, Dan, by neglecting their friendship, and has publicly humiliated Veronica by broadcasting to the entire school that she was dumped over DM. Jamey tells them both to stay away from him, there’s an attempt at Sierra apologising, and then all is forgotten – Jamey takes Sierra to homecoming anyway.

What I’d like to propose is how a change of ending to this movie could have created something far more positive and impactful, rather than a movie that’s kind of cute if you don’t think too hard about it.

When Sierra realises she was wrong, she writes a song explaining her feelings, which she then plays to various family members and friends. The song is supposed to be her apology but is actually just a tool for her to justify her actions and make excuses. And it works: for some reason, the supporting characters are won over by, “But I was sad because other people are prettier than me.”

What this movie needed was a longer segment in which Sierra realises that she’s behaved badly, and then apologising. We needed her reflecting on what she’s done, hearing how she hurt the people around her, and being sorry. The final scene should have been the two girls going to homecoming together after reconciling, rather than Jamey taking Sierra, because the most emotionally satisfying relationship in the film is the girls’ friendship.

By doing this instead, the movie would do three things. It would firstly, and most importantly, drive home the point that what Sierra did was wrong, and could be used to highlight what is and isn’t someone giving consent. Secondly, it would show people who behave in the wrong way both realising it and apologising for it, which are important skills for us all to have. Lastly, it then wouldn’t rely on clichés, and would show how winning over a boy isn’t the most important thing you can do as a teenage girl, instead shifting the focus onto the importance of friendship.

Friendship is the thing this movie does best. Sierra is at her most comfortable with best friend Dan, with whom she’s honest and quick-witted, and isn’t worrying about what someone thinks of her. But the real driving force of the movie is the friendship that grows between Veronica and Sierra. The scenes of Sierra tutoring Veronica with them lounged out in their bedrooms quickly morph into giggles and selfies and believing in each other’s growth. Sierra shows Veronica that she is smart, and Veronica shows Sierra that she isn’t a loser. Neither of the two characters act perfectly, even if we ignore what they do to Jamey for a moment. But no one wants characters to be perfect, and when they’re both on the giving and receiving ends of their cruelty, it feels a lot easier to forgive them both. Which is why it’s so disappointing that the ending’s focus is on Jamey and Sierra, rather than the two girls. A scene of them talking and apologising, followed by turning up to homecoming together, would feel like a more natural ending. They’ve both learned that what they did was wrong, their friendship would no longer be something to be embarrassed about, and we would get a happy ending without ignoring Sierra’s harmful behaviour.

Which brings me to my second point. When you do bad things – when you hurt people – you must apologise. The movie makes a half-attempt at this, but it feels more like Sierra makes excuses for her behaviour and only says sorry as half-heartedly as she can. “I’m sorry I suck so bad,” she says to Dan, and this isn’t an apology. It’s a way to guilt someone into insisting that you don’t suck, which is what Dan does. She apologises to Jamey in the last scene, and though he thankfully tells her that what she did was really bad, he’s decided that he’s in love with her anyway. With Veronica, Sierra just sends the song she wrote, and somehow this is enough for Veronica to also forgive her. By changing the dialogue so that Sierra gives proper apologies, this movie could have sent a positive message about what people deserve from us if we hurt them. Furthermore, I think it would have also sent the message that no one expects you to be perfect all the time, that it’s impossible to go through life without making mistakes and hurting people. The important thing is that you realise it, you own up to it, and you tell people you’re sorry.

And by not having Sierra apologise properly, it also sends the message that what she’s done isn’t that bad. But it is. Not only does she lie about who she is; she kisses Jamey without his consent. Someone consenting to one thing doesn’t equal their consenting to anything with anyone. Jamey wanting to kiss Veronica, the girl whom he thinks he’s been texting and talking to for the past couple of weeks, doesn’t mean he’s up for kissing anyone who happens to be standing in her place. Jamey deserves an apology from Sierra more than anyone else in this movie for this moment alone, let alone for everything else she does. The closing scenes where he turns up at her doorstep to take her to homecoming feel hollow and unfitting. It didn’t make sense to me that after finding out that he’s been manipulated into falling for someone who was lying about her identity, he could be talked into forgiving her, even realising that he had fallen for her anyway.

Now more than ever, storytellers have a responsibility to teach the right lessons about consent. If they’re going to have characters who get it wrong, they need to show consequences; there needs to be a discussion about why their behaviour was wrong and what should have happened instead. And if you can get that message across to even one person, you’ve done something good. That’s what this movie missed out on doing.

I’m all for teenage dramas and romantic comedies. I don’t even mind if they’re cheesy, but I don’t think that means we shouldn’t hold them to the same standard as other films. Especially when story is driven by relationships, we have to make sure that we’re talking about boundaries and consent in the right way. I hope Netflix seriously considers the criticisms people have of this movie, and do better in the future.