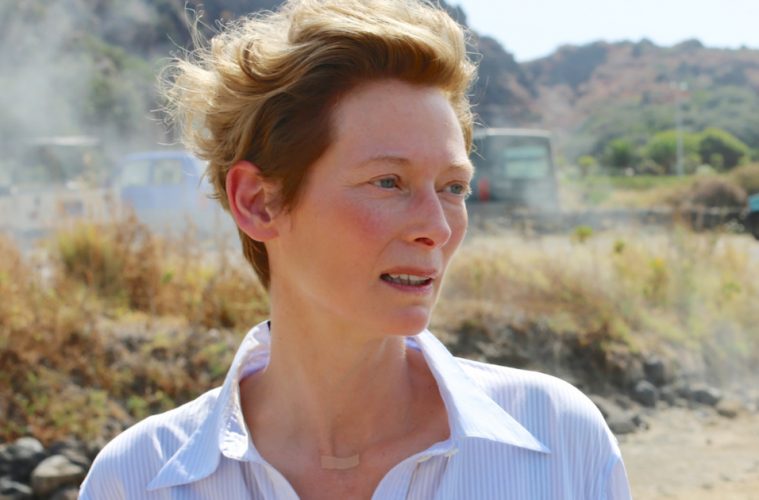 “Promises were never meant to keep”: The Failure of Traditional Relationships in ‘I Am Love’ and ‘A Bigger Splash’

While many words can be used to describe the films of Luca Guadagnino, traditional isn’t one that typically comes to mind. Many of his films explore people trying to break free from rigid boundaries imposed on their relationships. His protagonists are usually in the process of shaping or redefining their identities, using their personal relationships as a guide to discovering who they are. There’s no adherence to normal boundaries or dynamics in relationships, notably for both of Tilda Swinton’s characters in I Am Love (2009) and A Bigger Splash (2015). In both films, Guadagnino explores how people strive for independence and a sense of identity through the escape of traditional relationships and dynamics.

I Am Love opens with Emma (as portrayed by Tilda Swinton) entrenched in domesticity, planning a dinner party for her father-in-law’s birthday. An early scene follows Emma as she determines the guests, seating chart, and menu for the party, giving the viewer a glimpse into her cloistered life. Emma’s face is forced into a constant, tense smile at dinner with her family, carefully monitoring the responses of her husband, his family, and her children. Emma’s entire identity is defined by her relationship to her husband and children and the viewer is given little insight into Emma’s life before she became a wife and mother. Emma’s desire for a life separate from the Recchi family, one filled with passion and desire, is ignited by the discovery of her daughter’s secret relationship with another woman. Following that discovery, Emma embarks on an affair with her son’s friend and business partner, Antonio. In addition to feeling a passion and affection with Antonio that she lacks with her husband, Emma embraces a sense of individuality and independence she previously lacked in her role as matriarch of the Recchi family.

The most obvious evidence of how Emma has been transformed by her clandestine affair is through her appearance. By the end of I Am Love, Emma is hardly recognizable, her former long bob sheared off and replaced by a sleek, sportier haircut; her matronly designer wardrobe switched out for more practical clothes. While it might seem antithetical that Emma jumping into another relationship is the catalyst for discovering her independence and sense of self, Guadagnino shows that a relationship of passion, mutual respect, and love can cultivate a deeper understanding of oneself and one’s identity. The film culminates with the death of Emma’s son, the reveal of his fiancée’s pregnancy, and Emma finally leaving her old life for her new lover. As Emma sprints out of her house, she and her daughter briefly lock eyes, her daughter – having gone through her own process of embracing her identity through a new relationship – gives her approval with a nod, leading Emma to make the final break and abandon her life as a housewife to restart in whatever way that she and Antonio want.

Timid and compliant, Emma Recchi is a world away from Marianne Lane in A Bigger Splash. Marianne is a famous rock star recovering from vocal cord surgery that’s left her silent and sequestered with her lover, Paul. They’re quickly joined by Marianne’s former manager and lover, Harry, and his recently discovered daughter, Penelope. From there, the group couples off in various ways, with Harry and Penelope challenging Marianne about her newly conventional life at every turn. Marianne claims to be happy with Paul and ends the movie still in a relationship with him, but not before testing the boundaries of that relationship in every way. Spending almost the entire movie silent, Marianne is uncertain about who she is and what she wants out of a relationship. Harry and Penelope constantly taunt Marianne about how conventional her life has become. “Oh right,” Penelope smirks at one point. “Your career. Cool.” Given Marianne’s forced silence and uncertainty about the return of her voice, the casual remark stings as Penelope shows indifference to one of Marianne’s defining aspects of her life.

In a later scene, Harry corners Marianne, calling Paul “a square” while Marianne looks despondently to the side. While a bystander would find nothing ‘square’ about Marianne or Paul, Marianne seems terrified by the prospect that her life has become traditional and boring. Throughout the movie, Marianne repeatedly insists that she wants to be with Paul and she’s fine with the potential end of her career. Her actions, meanwhile, reveal a woman struggling to hold onto what’s made her special and unique, with a prolonged flirtation and eventual coupling with Harry.

After a wild turn of events, Marianne and Paul decide to be together, but not before they both evaluate their relationship and their own perceptions of themselves. For Marianne, that means coming to terms with the potential end of her career as well as the end of her affair with Harry, and the beginning of a new understanding with Paul of what their relationship can and should be. In A Bigger Splash, Guadagnino initially seems to be backpedaling on the idea of asserting independence and identity through breaking with traditional relationships, but nothing is more unconventional than extricating oneself from a long-term relationship and coming to terms with the potential end of a career. Marianne finds solace in the rejection of what has come to be a toxic relationship between her and Harry, itself a traditional and well-established dynamic, and the rejection of her identity as a celebrity.

While Marianne and Emma are incredibly dissimilar, they share a rather unique situation: both are unsure of what defines them, which is compounded by their growing dissatisfaction with their conventional lives. Emma is limited in her role as matriarch of the Recchi family, limited to a domestic figure in the eyes of her husband, his family, and her children. An illicit affair with her son’s best friend awakens a desire for a different kind of life, one that comes to fruition with the end of her son’s. Meanwhile, Marianne struggles to reconcile her new role as girlfriend with her former life as a rock star with a volatile boyfriend. Marianne eventually settles on living a slightly more peaceful life after reconsidering their relationship, finally coming to terms with the end of her rock star persona and the toxic romance with her former manager. While both Emma and Marianne face radically different outcomes in their affairs, they’re both finally freed from broken dynamics that held them back – free to find their own emotional rescue.