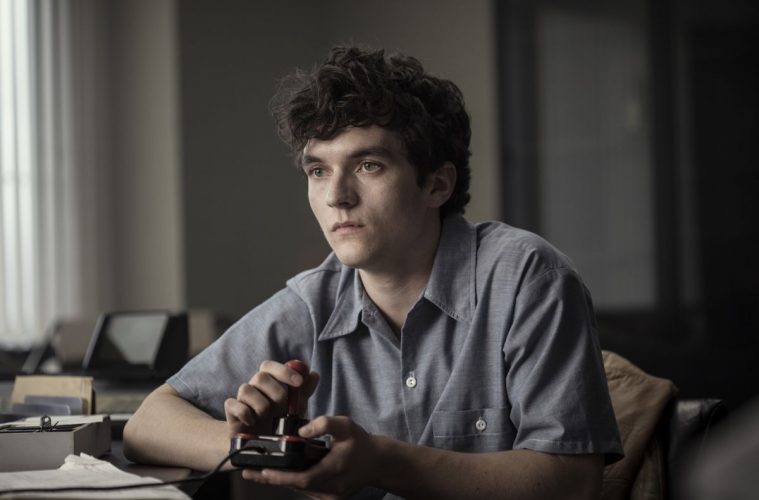 With news of the creators of Bandersnatch being sued for their use of the “choose your own adventure” title, it’s interesting to consider how interactivity in Netflix’s latest experiment works, and whether its use of choice creates meaningful experiences. Upon the film’s release in December, many reviews remarked that the mechanic was a bit gimmicky, while others appreciated the attempt at integrating branches into what’s usually thought of as a more passive medium.

Another aspect of Bandersnatch’s innovations lies in its design: the creators built the narrative in Twine, a platform known for hyperlinked text adventures like Depression Quest and The Temple of No. However, the most disappointing aspect of the piece is perhaps how it embeds its choices within a story that’s too concerned with constructing overlapping meta-narratives, ultimately making its commentary on the nature of free will feel a bit unoriginal and heavy-handed.

For example, within the narrative itself, we follow a game designer named Stefan, making his own branched story based off his favorite book, also titled Bandersnatch, which includes choices and paths of its own. This already sets up a meta-narrative about creating and designing choices that would mirror the work of the creators of Bandersnatch themselves. Another level deeper takes us to a narrative about the book’s author, Jerome F. Davies, who went mad in the process of its creation. Stefan’s narrative comes to mirror Davies’s almost exactly, as he questions his own ability to choose and begins suspecting that he is being controlled by some other entity. In this case, he’s right, directly and verbally pointing to our role as the viewer and choice-maker. This creates a meta-narrative somewhat outside of the show in which the viewer is asked to question our control over him.

With these levels of meta-narrative and intersecting storylines, Bandersnatch plays its cards too openly—it’s obvious that it is pointing out the fantasy of choice and portraying free will as an illusion. The same could be said for our own choices in watching: At times, the choices we pick do not happen, pointing to our own limited ability to affect the story. While the idea that our choices lack meaning is an interesting one, it doesn’t feel like the most interesting story to tell.

Miguel Sicart, writing on games and choice, can offer an explanation as to why Bandersnatch’s mechanic might not work. For Sicart, the most important part of creating a moral and choice-based tale is that the choices make the player “feel emotionally attached to the experience.” For Sicart, this emotional impact depends on a few factors. First, the player needs to be able to track the effect of their choices on the character. In games like Fable, this means watching the character, based on the player’s actions, drift further into good or evil territory. Additionally, Sicart points out that things like save files lessen the sense of consequence, since the player can save and re-do their choices, and calls for a sense of “irreversibility” to emphasize accountability. We can think of the checkpoint screens in Bandersnatch as save files of a sort, where the watcher can continue trying out new choices without a final “end.” This also ruins any urge to re-watch, since you can theoretically explore all or most of the choices upon your first watch, aside from some secret Easter eggs that Netflix has teased after its release.

Many players of games like Bioshock or indie gems like Undertale are already aware of how games can use choice mechanics to inspire empathy and guilt for their characters while also holding the player accountable for their violence. While Bandersnatch attempts this at times, with some lines poking at the watcher likely wanting to see “more action,” these moments don’t really stick when the choices lack any sense of finality. Tasked with decisions of whether to kill characters, I found myself mostly making the choices just to see content rather than considering them as emotionally-tense scenes; I didn’t really feel bad or conflicted at all.

Part of this also points to Bandersnatch’s generally shallow characterization, since we barely get to know the people we’re meant to feel guilty over hurting. In this way, some of the failures of Bandersnatch might simply come from its length, and perhaps we can think about whether shorter mediums like films are able to build and demonstrate consequences without the 15-hour (or longer) runtime of a game.

Even with these design flaws, the show does have some shining moments that link back to some of the trademarks of timeline-bending fiction. When Colin seemingly catches on to the repetition, it adds an interesting layer to the plot that unfortunately isn’t explored much further—instead, his character spins into strange conspiracy theories. Other than that, I thought the self-referential path about being controlled by “Netflix” was amusing, especially since it was so medium-specific. It was also the kind of alienating moment that reflects more darkly on technology and Netflix’s presence in our own lives. The mechanics do sometimes force us into choices or refuse to offer choices for things I would’ve liked a say in, like the drug scene, which does a better job of subtly and mechanically pushing the show’s message about the illusion of free will.

Looking at those aspects, it seems that Bandersnatch displays some potential for the use of choice in what we’d typically call TV or film. It also points to the possibility of using different technologies—like Twine—to build narratives. At the very least, it hints towards a new hybrid form of watching, even if the use of choice seems to work better in mediums like games or books, where the paths can be more expansive. It just would’ve been interesting to see the creators of Black Mirror try to experiment more with the storyline alongside the mechanics.