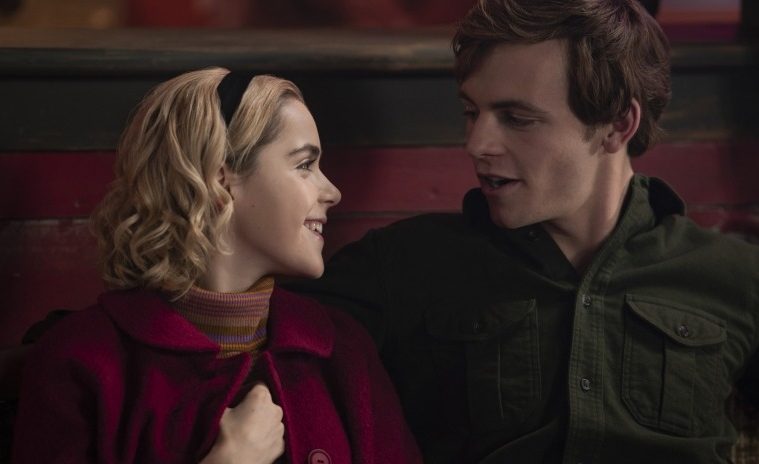 Chilling Adventures of Sabrina is among Netflix’s latest comic book adaptations following the success of Riverdale. (And the two shows share a universe, just as they did in the Archie Horror comic books.) The connection between the shows is likely being highlighted to create buzz and help Sabrina reach Riverdale’s level of success. However, as an unabashed teen drama fan, I am torn. On one side, I enjoy the co-marketing because I’d love to see a crossover episode, while on the other, I want to scream from a mountaintop, “These shows are not the same!” because Chilling Adventures of Sabrina is unequivocally better.

The most common criticism of Riverdale is of its outlandish plot. There are a number of unrealistic plot points that critics tend to harp on, such as Veronica owning a restaurant/speakeasy when she’s not even eighteen. However, this is not my criticism of the show. High school students acting older than their age is half the draw of teen dramas – not to mention that Chuck Bass pulled this exact move on Gossip Girl (see: “How to Succeed in Bassness”) and no one batted an eye. Riverdale’s problems come not because of the outlandish storylines it introduces, but the ones it doesn’t complete.

Take, for example, the second season’s subplot of a student council election. Introduced mid-way through the season, the election is mentioned in almost every episode after that. Running mates constantly change and loyalties are tested. It seems to last the entire school year. Archie wins the election in the finale, just in time for him to be arrested and for summer break to begin. Riverdale has just aired its fifth episode of the third season. There’s been no mention of who student council president is now, and I doubt there ever will be. A major plot line of the second season has proved inconsequential. This is one of many storylines developed only to be forgotten: Do Betty and Jughead still run the school paper? Or, you know, is there still a second Black Hood?

The problem with incomplete storylines is that they mitigate dramatic tension. If viewers are supposed to care about who wins the election as much as the characters do, it would help not to throw the final results out the window. The problem is not outlandish storylines being introduced – that’s exciting. The problem is introducing new ones to avoid completing old ones.

Chilling Adventures of Sabrina also explores wild plots. Magic, demons, resurrections, and ghosts fill the show’s narrative, but it is devoted to all of them. The first episode opens with a warning that Sabrina must choose whether she should abandon her human life on her 16th birthday and become a witch. The following two episodes are then chaptered with title cards indicating the date, drawing us ever closer to Halloween (aka Sabrina’s birthday and dark baptism). Every subplot, from Sabrina wanting to celebrate her birthday with her friends to the fight between her aunts (which ends with Zelda murdering Hilda, who thankfully comes back to life later), comes from and adds to the tension of the looming baptism, thus elevating it. When the baptism finally arrives, the stakes are incredibly high and the viewer knows that. Sabrina then makes a surprising choice at the baptism, subverting viewer expectations and entertaining us further. Ah, the release of dramatic tension. It doesn’t matter how wild the plot is, as long as the plot matters to us.

I could provide countless examples of Riverdale’s narrative forgetfulness, but it becomes most problematic when the show tackles social issues. While I applaud both shows for bringing up relevant ones Degrassi style rather than Gossip Girl style (aka not at all), Riverdale seems to do it for brownie points, rather than true viewer impact, because – once again – plotlines are not concluded. Take Cheryl being forced into conversion therapy. Conversion therapy is a huge issue, one still faced by many young people. In Riverdale, after Cheryl escapes from the Sisters of Quiet Mercy conversion camp, the issue is forgotten. Betty threatens to write an exposé on The Sisters, but only as a threat, and it’s never been mentioned again. Theoretically, the camp continues to run, while the ten other trapped children (who got to watch Cheryl and Tony reunite and escape, while they were left behind) continue to be tortured. Write the exposé, Betty! Take them down! Conclude the storyline!

Sabrina, alternatively, brings up relevant social issues and sticks to them the entire season. In the first episode, we are introduced to Sabrina’s best friend, Suzie. Suzie’s lack of gender conformity is shown to be a realistic problem for her from the beginning of the show that carries through many, if not all, episodes – impacting her character as it would a real person. Sabrina creates a women’s club at her school to show support, thereby giving viewers a concrete, realistic way that they can deal with bullying in school. However, the problem is not completely solved. By the end of volume one, we see that Suzie is still struggling with her identity and the problems that it brings. In one of the most heart-wrenching moments of the series, she puts on a dress for her uncle’s funeral and insists that she will not be a “freak.” Sabrina can be celebrated for developing these relevant social issues, rather than jumping off the subject in fear that viewers might get bored.

I’m not arguing that Riverdale isn’t worth watching, because it is. That’s some entertaining stuff. I’m simply urging the show’s creators to step their game up when it comes to narrative, because with the creation of Sabrina, they’ve proved that they can, and should.