Last time you heard from me, I was asking you all for money! And despite my incessant annoying posts on the subject for two whole months, you ended up donating so much money!

101 backers helped us raise 56% of our (admittedly ambitious) $6,000 goal, which – after Indiegogo took its cut – left us with an amazing $3,049.70. (As promised, all donors are listed here! Please let us know via email if you have any questions or would like anything changed regarding how you’re listed.) This means not only that we made back 100% of our out-of-pocket costs, but that we were able to increase our rate for contributors as of early November! Thank you (times a thousand) to everyone who contributed to our campaign.

When it came time to choose a theme for this issue, anger was the idea I kept coming back to. Shortly after “Faves” wrapped up in late-September, the world watched with sadness and fury as Christine Blasey Ford testified against Brett “Detailed Calendars” Kavanaugh and the latter was confirmed to the US Supreme Court anyway. Americans then headed to the polls in droves, largely in response to two years of… whatever you’d call the political landscape right now. Around this time, I ordered three non-fiction books about anger: Soraya Chemaly’s Rage Becomes Her, Rebecca Traister’s Good and Mad, and Brittney Cooper’s Eloquent Rage. Anger seemed to be all the rage. (I’m so sorry.) Considering the above, the theme made total sense.

But then I realized that what was truly at the heart of these events was power – who has it and why, who wants it and why, how it moves from owner to owner or is shared. Anger was undeniably a driving force behind all of the organizing and essay-writing in support of Ford, and it certainly helped in mobilizing more American voters than ever before. But looking back on these events in the future, I don’t think I’ll remember the rage so much as I will the concerted efforts to take back control. Plus, anger seemed like a depressing note to end the year on.

We can keep “Anger” on the table for later issues, but for now, “Power” seems like it does a bit more justice to all of the good things that happened this year. Writers in this issue wrestle with the concept in a fascinating miscellany of ways, in nine essays about film, television, and even books. I commissioned artist Keri Johnson for this month’s cover after being won over by her existing work – especially her portraits, which capture the sort of strength and enthusiasm I had in mind for this theme. In addition to Keri, we’ll also be featuring the work of three artists – Lynn Morrone, Kat Mooradian, and Nikki October – alongside select written pieces in the issue.

Like last year, we’ll be clocking out this month on the 23rd to recuperate and get some things ready for 2019 (wow). Please see our Submit page if you’d like to join our ever-growing list of contributors – we’re quickly approaching 100! – in the new year, and feel free to shoot me an email if you have questions about anything related to the site. 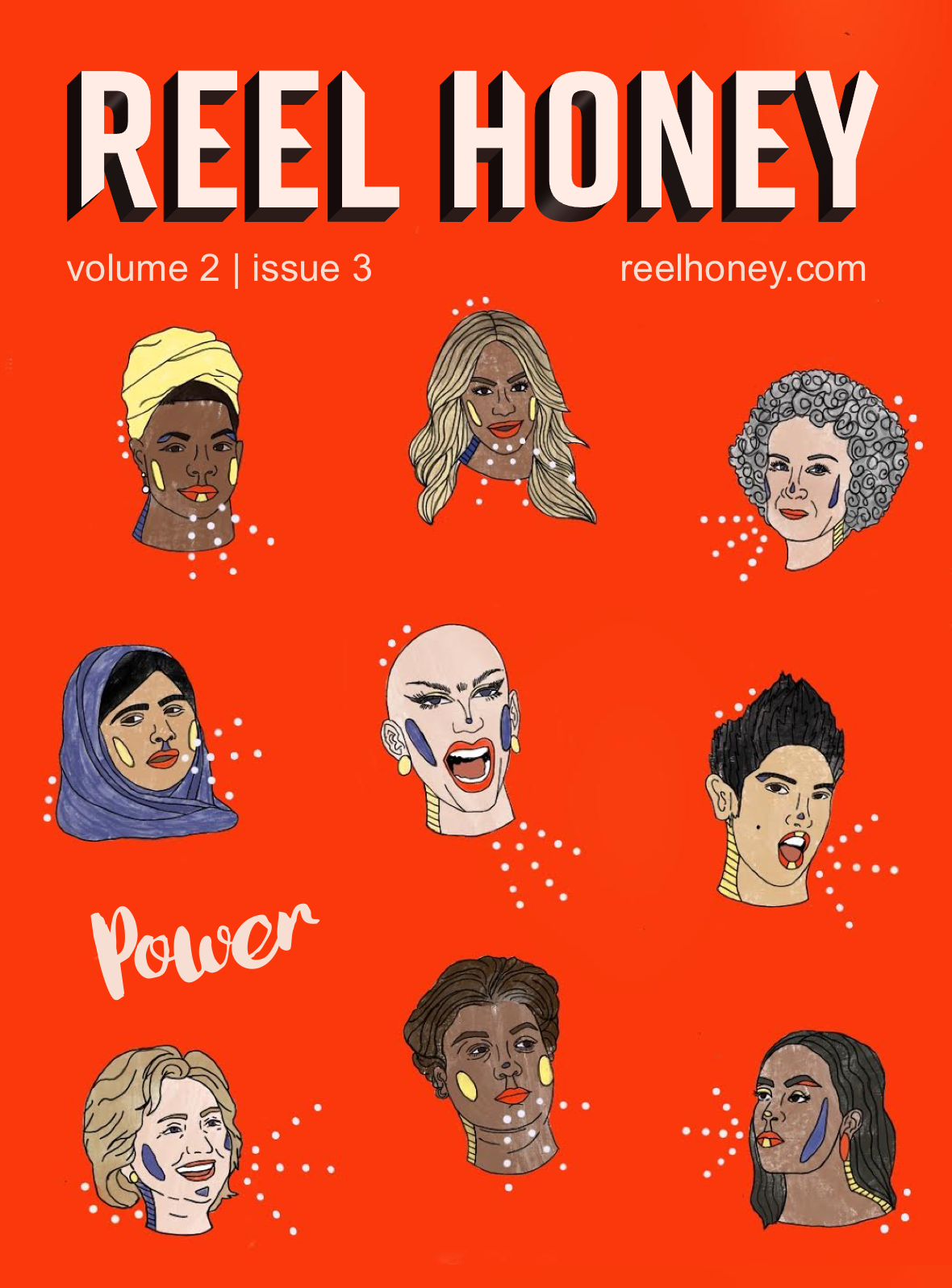 About the cover: Keri Johnson is a designer and illustrator based in Toronto. Her work can be found at kerijk.com or on Instagram, @kerijk.

Artist Statement: “When I was approached with the theme of power I began thinking about all its different forms, and how they are manifested. It’s no secret that the current system perpetuates barriers that restricts womxn’s* access to legitimate, economic and institutional power. When I set out to identify who to put on this cover, I selected people who have exhibited the personal strength and ambition to carve out a path in a society that has not created adequate spaces for them. These individuals – Maya Angelou, Laverne Cox, Margaret Atwood, Malala Yousafzai, Sasha Velour, Waawaate Fobister, Hillary Clinton, Roxane Gay, and Michelle Obama – are rich in referent power. Their voices have made an impact on society and empowered others to navigate the labyrinth of gender inequality. I thank these womxn for engaging in discourse that challenges the status quo and what is considered acceptable.

*In this case, “womxn” is used in order to encompass cis, transgender, transsexual, two-spirit, non-binary, genderqueer and/or gender diverse people.