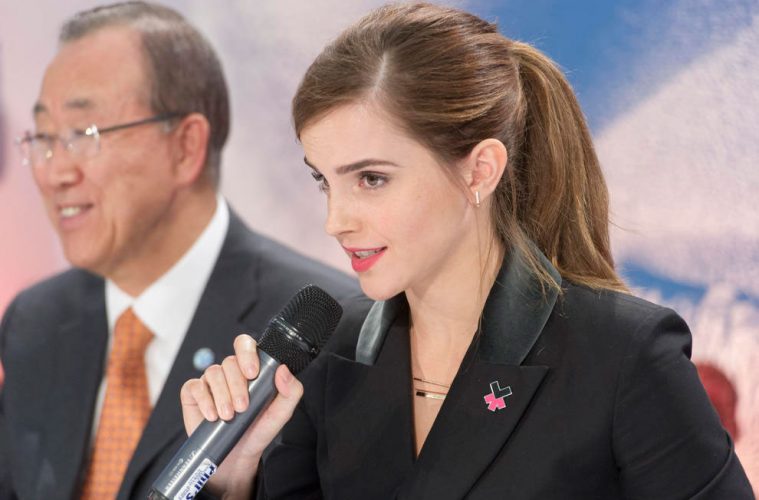 Since the 1920s, the realms of film and politics have shared an intimate relationship. It is not uncommon for film stars to have their careers closely intertwined with political activism. Presidential hopefuls and political figures alike have long sought after the endorsements of Hollywood’s biggest film stars, whose elevated status in the public eye makes them useful political messengers. Politicians themselves are often associated with acting, as they are perceived to assume different roles in their quest to achieve political success.

There is a lack of female representation in film criticism, as well as an absence of dominant female voices in political debates. This is not because women are not involved in film or politics, but rather that critical female voices are not viewed and received in a positive way, depriving them of clout and coverage in the media. The credibility and qualifications of female critics are called into question because of stereotypical traits associated with being female – for example, that women are overly emotional, and as a result, irrational. Thus, female voices are not viewed as critics, but rather singularly critical.

Politics remains a traditionally male-dominated realm, although female representation is slowly increasing. This has led women to explore political activism through other outlets in an effort to make their voices heard. Especially in the face of recent events like the American election of President Donald Trump, women around the world have unified to loudly oppose various events taking place in the political sphere.

Female film stars have not let themselves be left out of political conversations. Many of these women have become associated with particular political causes, which they have used their elevated public status to bring awareness to, and advocate for. Examples include Emma Watson’s #HeForShe campaign for women’s rights as a United Nations Ambassador, or Shailene Woodley’s crusade against the Dakota Access Pipeline (DAPL) and its negative impact on indigenous communities and the environment.

Political activism by female film figures has been met with both positive and negative response. Criticism has largely centered around their inability to accurately represent political causes associated with minorities and underprivileged groups. Privileged Hollywood stars are accused of being undereducated on political issues, while their activism is labelled as a publicity stunt.

Woodley has been a prominent activist figure in the DAPL case, but has been criticized for inaccurately advocating for an indigenous issue because of her privilege as a white woman in Hollywood. There is no denying her privilege in comparison to the indigenous communities impacted by the DAPL, but it must be noted Woodley has never claimed to speak for indigenous communities, nor intentionally overshadowed their own activist efforts. Watson has worked to educate herself on women’s rights issues through her work with #HeForShe. She openly admits that she has lots to learn, but is continually educating herself. This arguably heightens the credibility of her advocacy, as she is not just associating her name with a political cause for the sake of publicity. Like Woodley, however, Watson is a privileged white woman in Hollywood, unlike many of the women she is advocating for who do not have basic human rights. Watson has been labelled by critics as inaccurately representing the struggles of many less privileged women, whose experience she cannot fully relate to, and therefore should not attempt to advocate for. Arguably, Watson and Woodley have never claimed to speak for these marginalized groups, but rather have associated themselves with these political causes because of their own personal political belief sets.

Film stars who associate themselves with political causes face challenges in negotiating their public image, as they must be mindful of the impact their actions have on their careers, while simultaneously trying to honestly represent their personal political belief sets. It can be very difficult to reconcile the public and private aspects of film stars’ lives when it comes to politics. Publicly stating political stances can often lead to public backlash, as allegations against film stars are made regarding credibility, accuracy, and the genuine intent behind their activism. This begs the question as to whether or not film stars have the same political influence they once did, and whether the involvement of film stars in political activism has a meaningful impact. 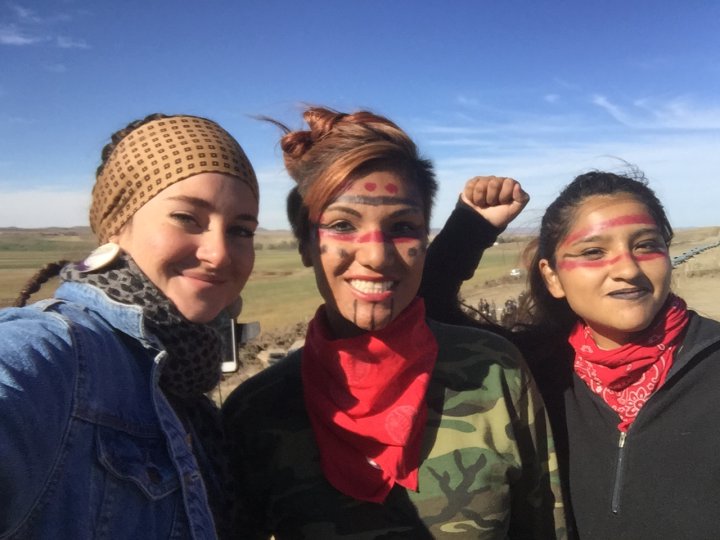 While activism by film figures gives heightened visibility to political issues, it is greatly debated whether this activism makes an actual impact on putting these issues on political agendas, or in the case of the US Presidential Election, influencing political outcomes. Herein lies the double-edged sword that film figures, male and female alike, face in constructing their public image. As individuals, they have private political belief sets, but as film stars, they have to construct their personal image in a way that is conducive to a successful career. For the average citizen, their occupation most often allows for the separation of public and private information, as their political beliefs may be kept private if they so choose, not impacting their career. However, because of the public way in which film stars are forced to live their lives, aspects of their lives which would otherwise remain private become sought after public information. If film stars involve themselves in a political cause, they are criticized for exploiting their high public profile to promote themselves and being disingenuous in their activism. However, if they choose to remain uninvolved publicly in political causes, film stars are criticized for not doing enough with their public exposure to promote the “common good” of a worthy political cause.

As Willa Paskin noted for Slate, “silence speaks almost as loudly as wearing a pussyhat”. It seems that regardless of whether film stars’ individual political beliefs are private or public, they are criticized more often than they receive praise. Why do film stars bother being politically active in the public eye when there are more challenges than benefits associated with doing so? Do political endorsements from film stars even have a meaningful impact?

Ultimately, there is a lack of proof that endorsements from film stars are a deciding factor in the outcome of elections, or in changing public opinion on political issues. This is evidenced when comparing Hillary Clinton and Donald Trump’s celebrity endorsements during the 2016 presidential election. Clinton clearly had the advantage, not only in the number but in the quality of public figures who endorsed her. While Trump’s endorsers were themselves controversial figures, the large majority were also men – which spoke loudly to the lack of attention Trump gave to women’s rights. Clinton’s camp was filled with high profile stars like Meryl Streep, Shailene Woodley, Drew Barrymore, Viola Davis, and Lena Dunham – even attracting male stars like George Clooney, Ben Affleck, Leonardo DiCaprio, Morgan Freeman, and Tom Hanks. Clinton not only had the support of men and women, but also a larger “army” with which to raise awareness and encourage Americans to engage with political issues and vote.

The perceived credibility of “celebrities” has also been altered by social media because celebrity status these days is not exclusive to film. There are many stars from YouTube, reality television, and Instagram who have achieved comparable levels of fame. Despite the means by which celebrities have gotten their “claim to fame” (which can be perceived by the public as more or less credible), social media has taken away the exclusive influence and public reach that film stars once had, decreasing their overall influence on public opinion and effectiveness as political messengers. Why then, do film stars face such a double-standard in their political activism, when “celebrity status” is no longer exclusive to the film industry? That is a question that remains to be answered, as public fascination with film stars has not ceased, and criticism over their political activism is a constant challenge they must navigate when negotiating aspects of their public and private lives.

While the motivations of film stars and their ability to honestly advocate for political causes is hotly debated, there is no such thing as bad publicity. Trump’s election in itself proved this, as his campaign was saturated in controversy and negative press coverage. The same concept can be applied to the political activism of film stars. Regardless of their qualifications, motivations, or identity, if their activism brings even a small amount of additional attention to a political cause by the public, it is better than nothing at all. Whether it’s Meryl Streep accepting her lifetime achievement award at the 74th Annual Golden Globes and using her acceptance speech to denounce Trump’s bigotry, or Scarlett Johansson and Amy Poehler attending the Women’s March on Washington, the political activism of film stars is part of a much larger picture.

At the very root of politics is citizens holding their government accountable to representing its people. As film stars are citizens themselves, imparted on them is the same responsibility as everyday citizens to serve as political “watchdogs”. Activism can be effective in achieving political change, but solidarity is arguably more powerful – regardless of outcome. The activism of film stars is a display of solidarity. It shows that despite their elevated public exposure, they are citizens themselves with vested personal political beliefs, and have as much of a right to represent those interests as anyone.