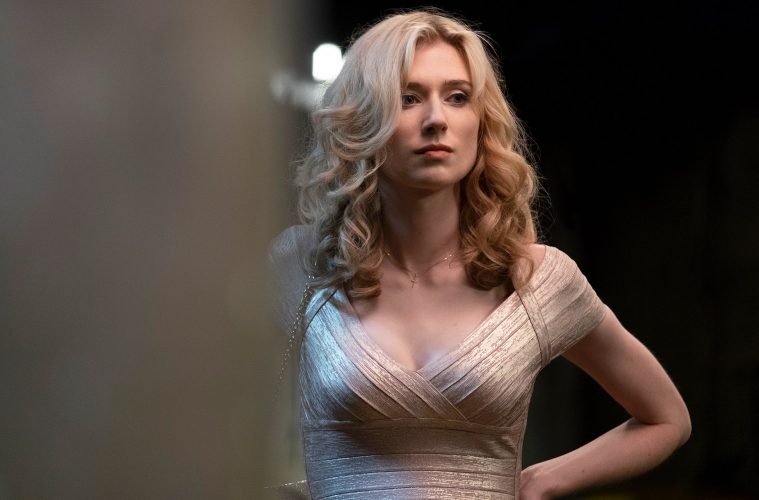 Blink and You Miss It: A Close Reading of the Slap Scenes in ‘Widows’

Set in Chicago, director Steve McQueen’s all-woman heist flick, Widows, never shies away from race. Case in point: the brilliant scene where the white alderman candidate, Jack Mulligan (Colin Farrell), hops from an empowerment event for minority businesswomen into his town car and interrogates his campaign manager/girlfriend, Siobhan (Molly Kunz in a remarkable turn, definitely would love to see her again), about whether she’s slept with any Black men. He then launches into a diatribe against the city’s Black and poor citizens. All of this happens while he’s driven by a Black driver, who Mulligan cheerfully thanks for the ride once they arrive at his home. It’s subtle, and shocking, explosive, and McQueen handles it beautifully, keeping the camera on the car’s exterior to emphasize that the conversation within is not unique to Mulligan and Siobhan. Rather it’s the kind of background noise that one could expect in any city, but especially in Chicago. Fantastic moments like these in the film have been discussed to death, and rightfully so, but I’d like to focus on another scene, a blink-and-you’ll-miss-it moment: the slap scene between Alice (Elizabeth Debicki) and Veronica Rawlins (Viola Davis).

The first time we see violence against Alice, it comes from her boyfriend, who pokes at and mocks her black eye before telling her that he doesn’t like to see her “like that” once they’ve made up. When she replies that she doesn’t like it either, they both freeze. The tension in the room is sharp, the threat of violence as easy to trigger as it is for a paper cut to rip into skin. But the moment passes as he affectionately pulls her into his arms, both she and the audience easing out a breath.

The second time that Alice is struck, she’s sitting in front of a mirror while her mother introduces her to a Seeking Arrangement-like website. Alice comments on her mother’s route to money-making, which has consisted of marrying various men. Her tone is sharper, louder, angrier than it had been with her now-dead boyfriend. It earns her that same silence we saw last time, but this time, the violence erupts and her mother slaps her. The blow forces Alice’s head to the side and there is another silence, this one more mournful, before she whispers a tearful, “I’m sorry.” To the audience, this is a clear escalation of violence that Alice has experienced: first a healing bruise, now a direct hit. But it’s also a step up in her finding her voice: first a quiet reprimand to her abusive boyfriend, now a more pointed accusation to her mother.

Most movie enthusiasts recognize the rule of three, which permeates everything from the three-act film structure to seeing an object three times. The third time that something happens to a character, it has to be different, otherwise it’s boring. So, for round 3, heist leader Veronica shows up unannounced at Alice’s house, saying that she didn’t know where else to go. After Alice kicks out her boyfriend/client, the two women begin talking. When Veronica berates Alice’s approach on a recently-assigned task, they trade barbs. This is the first time that Alice has really shown a spine, which is hilarious, as Debicki is an imposing 6’3”. Veronica slaps her, and once more, Alice’s head turns to the side with the force. This is the third turn, so we expect a major change, and we get it: Alice straightens up and smacks her right back. But then she says: “I won’t be pushed around, not by you.” A pause. “Not by anyone.”

And this, this is interesting. When it comes to her boyfriend (a white man) and her mother (a white woman), Alice is submissive. But when it comes to her co-conspirator/boss (a Black woman), Alice manages to get it together enough to stand up for herself. All of a sudden, she has learned to keep that same energy when someone attacks her. The pointedness of the “Not by you” suggests that she draws the line at mistreatment at the (literal) hands of a Black woman. Remember how poor whites leaned fully into racism because, even if they couldn’t be rich plantation owners, at least they were better than Black people? That’s the vibe I’m getting here. This is the expected third-round change, but it’s convenient, isn’t it, that it comes when faced with a Black woman. That subtlety is what makes this scene a real blink-and-you’ll-miss-it moment.

I may have left it alone, lured in by that rule of three, if not for Veronica’s other interactions with white characters. After their exchange, Alice hugs a crying Veronica, and we sense that a truce has been brokered. They settle into a camaraderie, with Alice the only one to defend Veronica when the other heist members (Michelle Rodriguez and Cynthia Erivo) make fun of her when she’s out of the room. And of course, there is Veronica’s husband, Harry (Liam Neeson). Throughout the movie, we mourn his death alongside Veronica, until we find out that he’s a lying, backstabbing, cheating, trash excuse of a man. In their final conversation, Veronica confronts him about his aforementioned trash behavior. They argue, he smacks her, and she falls to the ground while he steels himself to kill her. But when he turns around to do so, she shoots him. She then crawls to cradle his dead body. Ostensibly, this parallels earlier flashbacks of their hands and bodies intertwined. But it’s still jarring to see her cuddling up with the man who just attacked and tried to kill her. When she uses her close-up position to switch the gun in his hand, effectively framing him for the robbery, it’s still less an explanation for the intimacy as it is her excuse for it.

And then, the final scene. Some time after the successful heist, Alice walks into a local diner, standing in her full height for the first time in the movie. She is surprised to see Veronica sitting at a nearby table. Though the two don’t talk, Alice continues glancing at her throughout her conversation with her lunch date. When Alice leaves the restaurant, we hear Veronica call after her. The camera turns with Alice, forcing us to see Veronica from Alice’s perspective. Debicki has roughly a foot on Davis, so we are looking down on her face: open, hopeful, joyful, a bit bashful, easily edging into schoolgirl-in-love territory. This is a Veronica that we haven’t seen for most of the movie, even in the flashbacks with her husband.

And I wonder how Veronica sees Blackness. Earlier in the film, we learned that Veronica and Harry had a son who had been gunned down by police officers while driving his father’s car. We are acutely aware that had the boy been white, he likely would not have been pursued by the police at all, let alone killed by an officer. And Veronica throws out the accusation when confronting Harry: “You want to start over with your new son, with your new white, perfect, happy family.” And Harry replies, anguished, “I couldn’t save him, I couldn’t save us, so I had to save me.” Well, of course you can’t save someone when sometimes simply being Black is a crime. Of course, he wants to start over, with a family and son free from that burden, from that poison bled from mother to son (and it was, on plantations and even after, the mother’s bloodline that was considered to hold the lineage).

Perhaps Veronica’s fascination with Alice is her own attempt to start over. The movie’s theme is women succeeding at a “man’s game,” on their own terms, fighting tooth-and-nail for survival instead of going gently into the good night. Perhaps she thinks that life with Alice might be different than it was with Harry, who considered her both damaged and damaging. But Alice is the kind of white woman who learned how to stand up straight because she’ll be damned if a Black woman thinks she can speak to her that way. Alice has the same subtle-yet-cloying type of indignation that you hear in Mulligan’s voice when he rants about his Black opponent in this race to control this Black neighborhood and demands of his white female assistant, again and again, “Have you slept with a Black man before?” It’s the same sneer-inducing pity party that Harry throws himself, justifying his abandonment, deceit, and betrayal of his wife, because why should he have to suffer when he could just marry a white woman and let racism pass over his house like the Angel of Death did the Israelites. It’s pushy and petulant and wide-eyed ignorant of its own poison.

So, I’m not sure what Veronica hopes to get from Alice, why having her attention and approval is so important in that final scene. But since she’s already been bitten once, she could stand to be a little cautious.